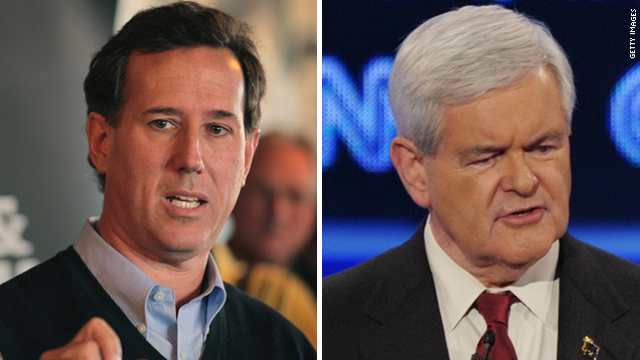 Atlanta (CNN) - On the eve of the Alabama primary, Republican candidates Rick Santorum and Newt Gingrich will appear at a forum next Monday night sponsored by the state party.

The event, to be sponsored by the Alabama Republican party, is expected to attract thousands of attendees and major national attention, party officials told CNN.

Alabama and Mississippi both vote next Tuesday and will be the focus of much of the national political coverage over the coming days as the Republican primary contest is centered on the Deep South.

"For the first time ever, the Alabama Republican primary will have a significant impact on who our nominee will be,” party chairman Bill Armistead said in announcing the event. “By holding our primary on March 13th, the same day Mississippi votes, the candidates are paying attention to the ‘Deep South Super Tuesday’ and we are excited to see all four campaigning across Alabama.”

Gingrich campaigned at two events in Alabama on Wednesday. Santorum is set to campaign in the state Thursday, while Romney will stop in Mississippi the same day.

Mitt Romney and Ron Paul also were invited to the event but so far have not responded, party officials told CNN.

Earlier Monday Gingrich and Santorum will be attending a Gulf Coast energy summit in Biloxi, Mississippi put on by the Consumer Energy Alliance, the Mississippi Energy Policy Institute and the Gulf Economic Survival Team. Organizers said they hope to talk about the energy needs of the country, especially in the Gulf region. One focus will be how to spur oil and natural gas production in the Gulf of Mexico.

Gingrich has focused much of his campaign recently on energy and how to reduce gas prices.

"I look forward to speaking with the people of the Gulf Coast about my plan to dramatically boost energy production in the United States to create jobs, make us more secure and lower gasoline prices to $2.50 per gallon. It's time to put the good people in the energy industry back to work in the Gulf of Mexico," Gingrich said in a statement.