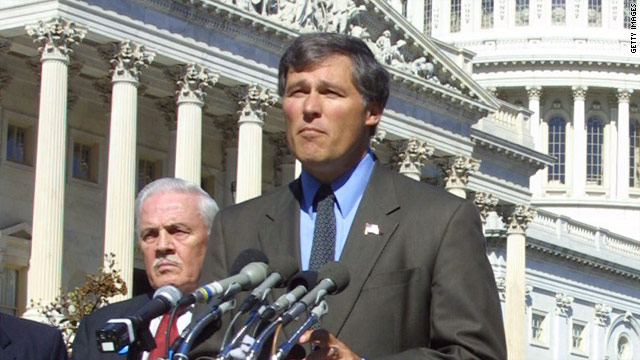 (CNN) - Democratic Rep. Jay Inslee of Washington will resign his House seat in order to focus on his 2012 run for governor of the state, a Democratic official confirmed to CNN on Saturday.

Inslee, now in his eighth term, represents Washington's 1st Congressional District, which covers the northwest part of Seattle and its surrounding suburbs.

Previously, he held one term as a U.S. representative for Washington's 4th Congressional District from 1993 to 1995.

Known as a leader in his party on technology and environmental issues, Inslee served on the House energy and commerce committee.

The congressman announced his gubernatorial bid in June, after Democratic Gov. Chris Gregoire announced she would not seek a third term.

In his campaign against Republican Attorney General Rob McKenna, Inslee has raised $4.2 million, according to state campaign finance filings, while McKenna has brought in $3.7 million.

Following the news of Inslee’s resignation, President Barack Obama praised the congressman for his work on Capitol Hill.

“Jay has supported new frontiers in technology, and worked to increase fairness in our nation’s health care system. While Jay’s voice in Congress will be missed, I know he will continue his dedicated service to the people of Washington State. Michelle and I wish him and his family well in the future,” Obama said in a statement released by the White House.