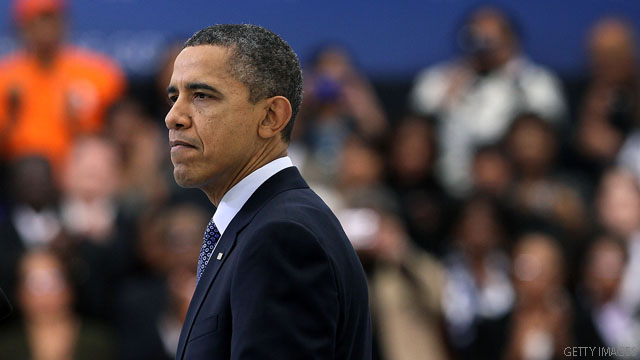 (CNN) – President Barack Obama is running even with the top two Republican presidential candidates in hypothetical general election matchups, according to a new national survey.

The economy, budget deficit and gas prices have likely contributed to Obama's slip against his potential GOP rivals.

A similar poll conducted in February indicated the president held a 6-point advantage over Romney and an 11-point lead over Gingrich. The question was not asked in relation to Santorum, who had yet to surge to the top of national and state-wide polls at the time.

Republicans polled nationally said they have more confidence in Romney than Gingrich and Santorum to address the economy, while Santorum enjoyed more trust over the other two contenders on social issues.

Although Romney continued to hold an advantage when voters were asked who can beat the president in November and who is likely to win the party's nomination, Santorum and Romney came in about even over whom best reflects the party's core values.

The Washington Post and ABC News polled 1,003 adults between March 7 and March 10 with a sampling error of plus or minus four percentage points.