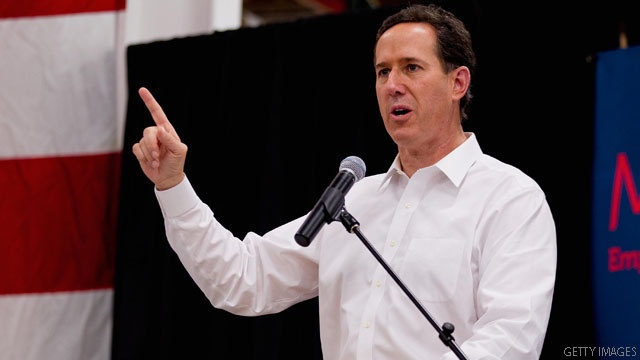 Santorum on Afghan shooting: Someone 'lost it'

The attacks were allegedly carried out by an American soldier who went on a house-to-house shooting rampage in two villages near his base.

"It's a very tragic situation but, you know, someone obviously lost it and you've got to obviously do the reviews to find out what happened … whether there was a pattern here," Santorum said. "All those things are going to have to be reviewed, and they should be."

He also took the opportunity to comment on the U.S. military efforts in Afghanistan in general, saying that President Barack Obama is responsible for making the war there more difficult.

"The president putting a timeline in place has made a very winnable operation very, very difficult," the White House hopeful said. "It continues to unravel because the president has given something to the enemy that we should have been able to deny them, which is hope."

Santorum is on a two state swing through Mississippi and Alabama, two places where voters head to the polls Tuesday.

He is scheduled to give an election night speech in Lafayette, Louisiana. That state's primary is March 24.