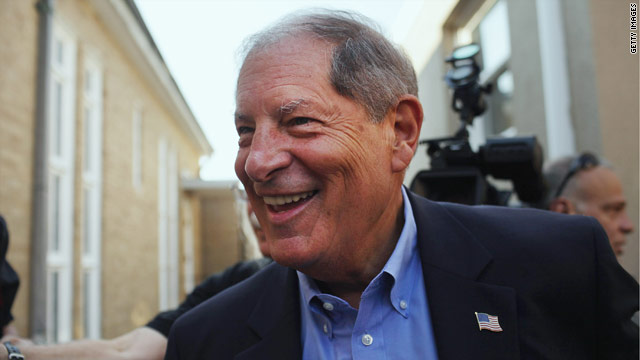 (CNN) – Newly elected Republican Rep. Bob Turner set his sights on a Senate seat Tuesday, with the announcement he will run for his party's nomination in New York.

Turner won a special election in September to replace Democratic Rep. Anthony Weiner, who resigned amid scandal. Now that redistricting eliminated the 9th Congressional District, he will run for the GOP nomination in hopes of facing incumbent Democratic Sen. Kirsten Gillibrand in the next election.

"There is serious work to be done to get this economy back on track, and I will not walk away from that work now," Turner said in a statement. "I will run for the Senate, and I will run to win."

The Republican state convention is scheduled for Friday and Turner will face at least three other hopefuls, including Joe Colvin, Wendy Long and George Maragos.

Gillibrand, a first-term senator, currently has $8.1 million cash on hand and no campaign debt. Turner, a former television executive, has $72,600 cash on hand and is carrying $65,500 in debt, according to records from the Federal Election Commission.

Nonpartisan political handicappers Charlie Cook and Stuart Rothenberg list the race as "solid" and "safe" for Gillibrand, who has garnered a national profile for her work on health care and benefits for veterans and first responders.

"Bob Turner is a former Rush Limbaugh producer turned Congressman who is at best a C-list candidate and will struggle to win over New Yorkers," Canter said in an email.

Although the National Republican Congressional Committee has no plans to back a candidate before the primary, spokesperson Andrea Bozek said Turner has "done an outstanding job of representing the people of New York by standing up for pro-growth policies, job creation and one of America's strongest allies, Israel."