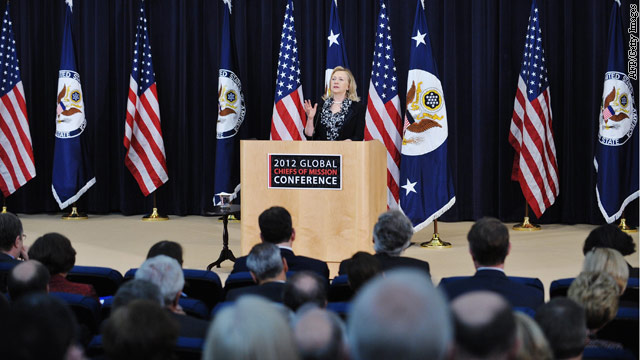 Washington (CNN) - The 2012 presidential election is weighing on Secretary of State Hillary Clinton's mind, but it's a human resource issue that is her biggest concern.

Addressing U.S. ambassadors from around the world who are back in Washington for a group conference, Clinton asked those whose terms are expected to end this summer or following the elections to stay in their jobs, amid fears that political infighting might make it difficult to replace them before the election.