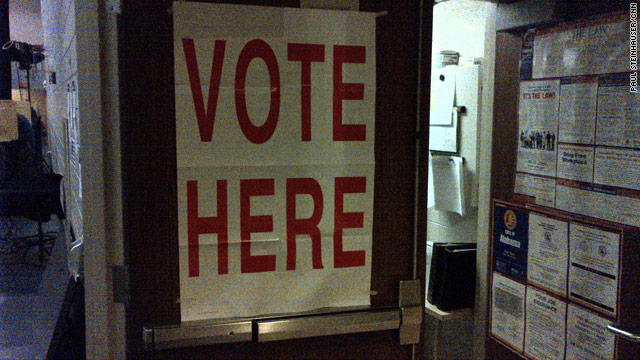 "Evangelical issues, social issues, were most important to us, but also beating Obama, that definitely matters as well," Alan and Kim Jerkins told CNN, as they left a polling station at the Gardendale Civic Center. The married couple had just voted in the state's Republican presidential primary. They said they cast ballots for former Sen. Rick Santorum of Pennsylvania, who has strong support with many social conservative voters.

"Everybody's got baggage," said Teresa McGovern, who added that what mattered most to her was "the religious aspect of it as well, who feels one way or another about God, because that is important. A man is guided by his moral beliefs. I don't care what he says politically, morally he'll come through. So when i looked at that I ultimately had to go with who would get the job done, who had enough moxie to stand up."

"I voted for the man, not the party or the politics, " chimed in William Meek, who said he supported Santorum.

The economy, and soaring gas prices, as expected, were also top issues.

"The economy, gas prices, jobs, all of these issues are upmost on our minds," Jean and Elmer Moatte, who both voted for Santorum, told CNN.

"The most important thing to me is the situation on gas and oil, to get the gas prices down, said James and Debbie Riethmaier.

And for some Republicans, defeating President Barack Obama in November's general election is by far mission number one.

"Get Obama out of the White House. We'll vote for which ever Republican candidate come November that we believe can beat him," proclaimed Gerry and Ed Woodman.