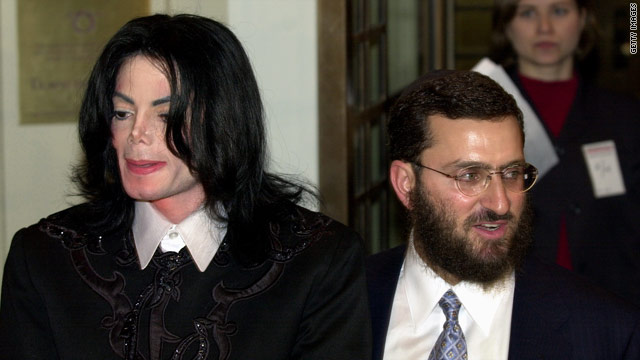 (CNN) – Rabbi Shmuley Boteach, the bestselling author of "Kosher Sex" and one-time spiritual adviser to Michael Jackson, announced Wednesday he was running for a seat in the U.S. House of Representatives.

The self-proclaimed "America's Rabbi" launched his bid for New Jersey's 9th Congressional district as a Republican, saying in a statement it was the first time a Republican rabbi has run for Congress. He pledged to work for conservative values if elected to the House.

"The values that have dominated the American political landscape for decades include an obsession with gay marriage, abortion, and now contraception," Boteach said. "If elected, I pledge to be a 'values voice' in Congress, and focus on issues that have largely been ignored; it is time to expand the values conversation and agenda, and once again make them the center of our country. Let's begin with saving the institution of marriage by making family a priority again."

Boteach listed a number of measures he would push if elected to Congress, including making marriage counseling tax-deductable in an effort to reduce America's rate of divorce, and pushing a course in public schools that "focuses on the values that are at the heart of the republic." Boteach also said he would advocate for a flat tax.

Boteach is an Orthodox rabbi who received his ordination from the Chabad-Lubavitch movement based in Brooklyn. He rose to prominence as a rabbi at Oxford University in England, and in 1999 published his guide "Kosher Sex: A Recipe for Passion and Intimacy."

He was a spiritual adviser to Michael Jackson, and in 2009 published a book featuring wide-ranging interviews with the late pop star. He starred on the TLC reality show "Shalom in the Home" in 2006.

New Jersey's 9th district includes portions of Bergen, Hudson and Passaic counties in the northern part of the state. Currently the 9th district is represented by a Democrat, Rep. Steven Rothman, who is serving his eighth term in the House.

Because of redistricting, Rothman and fellow Democrat Rep. Bill Pascrell are both running for their party's nomination in the 9th district. Another Republican has already announced a bid for the GOP nomination: Blase Billack, a toxicologist and breast cancer researcher.