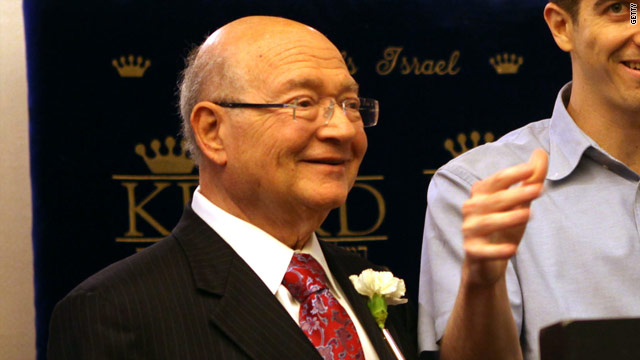 (CNN) – Democratic New York Rep. Gary Ackerman announced Thursday that he will retire at the end of his current term in the U.S. House of Representatives.

“I’ve been truly privileged to have had the opportunity to fight for the beliefs of my neighbors in both the State Capitol and in the halls of Congress,” the 15-term congressman said in a statement. “During my years in Congress, it has been my pleasure to address the needs of thousands of individual constituents and to influence domestic and global policy while serving on the Financial and Foreign Affairs Committees in the House.”

A statement from Ackerman’s office Thursday said he would still have been positioned to be re-elected.
“On the eve of the federal circuit court’s approval of congressional district lines that were seen to be extraordinarily favorable to Ackerman, and with the primary-free backing of the Democratic Party virtually assured, Ackerman has informed his family, staff, friends and party leaders that he will not seek a 16th term of office,” the statement read.

In a statement from the DCCC, Israel praised Ackerman's achievements in Congress, and thanked him for his service.

"The Queens and Long Island areas that he has represented supported both President Obama and Senator John Kerry," Israel wrote. "We look forward to electing a Democrat in November who will work to rebuild the middle class and protect New York seniors."

Ackerman was known in the Capitol for wearing a white carnation in his lapel every day, and for making a houseboat his residence during stays in Washington. Before serving in the House, Ackerman was a teacher and newspaper publisher.

He is the 21st Democratic member of the House of Representatives to announce that he’s not running for reelection in 2012. Sixteen Republicans have also said they would retire at the end of the 112th Congress.