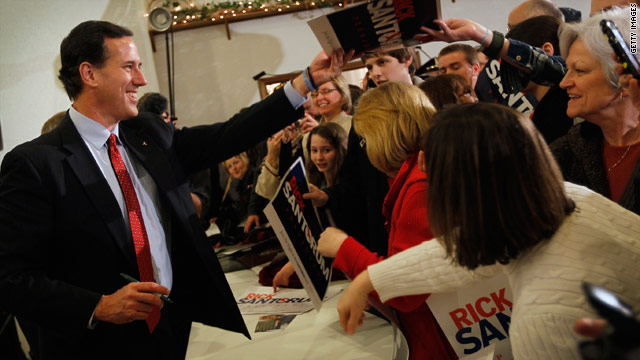 Washington (CNN) – The super PAC supporting Rick Santorum Thursday bought $310,000 worth of air time in Illinois - fresh evidence that both his campaign and allies see the state as a key battleground.

The Red, White and Blue Fund's purchase is a first wave and more could come in the state, the group said.

Both Mitt Romney with $939,000 and the pro-Romney super PAC Restore Our Future with $2.4 million are also on the air with major ad buys there.

A Chicago Tribune/WGN Poll earlier this week showed a tighter race in Illinois, which holds its primary next Tuesday, than some experts had anticipated. The survey showed Romney with 35% and Santorum not far behind with 31%.

Romney's campaign, which announced new endorsements of state leaders, scheduled an earlier stop in the state for Friday which is earlier than it was planning.

After several days of campaigning in Puerto Rico, Santorum will make stops in Illinois both on Friday and Saturday in between stops in Missouri, which holds its caucuses on Saturday.