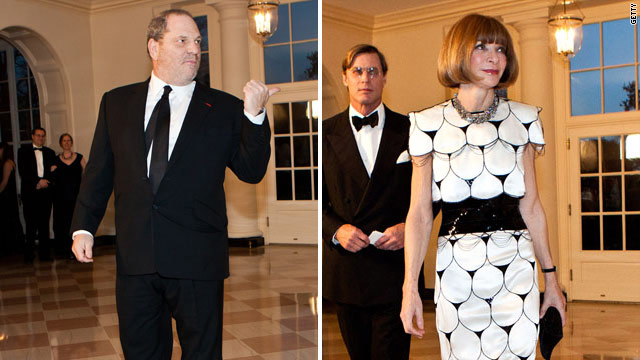 (CNN) – Alongside notable figures from Hollywood to Washington at the State Dinner for British Prime Minister David Cameron on Wednesday night, there were also 47 so-called bundlers, or mega-fundraisers, for President Barack Obama’s reelection campaign that made the exclusive guest list.

(CNN) – Vice President Joe Biden will continue his campaign tour at senior centers in Florida next week, where he will promote the White House's stance on Medicare and hit a Republican budget plan, a senior Democratic official said Thursday.

The information comes the same day Biden hit the campaign trail in Ohio, where for the first time this year he hit Republican presidential candidates by name, saying Mitt Romney, Newt Gingrich and Rick Santorum would "bankrupt the middle class."
END_OF_DOCUMENT_TOKEN_TO_BE_REPLACED

Hatch faces heat from the right in Utah nominating process

(CNN) - Republican voters in Utah head to their county caucuses Thursday, marking the first step in a primary battle that some hope will topple longtime incumbent Sen. Orrin Hatch.

FreedomWorks, a conservative grassroots group, has been targeting the six-term senator over the last year, aiming to play a similar role as it did in the state's 2010 race.
END_OF_DOCUMENT_TOKEN_TO_BE_REPLACED 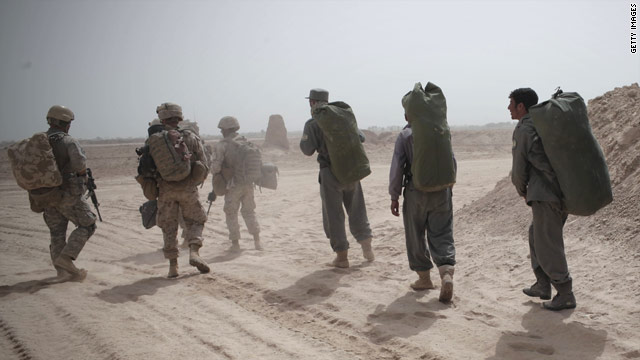 Washington (CNN) - Half of the American public says the U.S. should speed up the withdrawal of troops from Afghanistan, according to a new poll.

A Gallup national survey, released Thursday, also indicates that 24% say the U.S. should stick to the current timetable to pull all troops out by the end of 2014, and 21% say the U.S. should keep a military presence in the war torn country as long as it takes to accomplish its goals.
END_OF_DOCUMENT_TOKEN_TO_BE_REPLACED

(CNN) – Mitt Romney on Thursday staked out some distance between himself and rival Rick Santorum on the issue of Puerto Rico's official language.

Santorum stood by his the assertion he made Wednesday that "English needs to be the principal language" for the territory to be considered for statehood.
END_OF_DOCUMENT_TOKEN_TO_BE_REPLACED

Indiana board rules Lugar ineligible to vote in home district

(CNN) – An election commission in Indianapolis ruled Thursday that Sen. Richard Lugar is ineligible to vote in his former precinct, a blow to the Republican who has been battling residency questions amid a primary battle for reelection.

The Marion County Election Board voted 2-1 against Lugar and his wife in a vote along party lines, according to Angie Nussmeyer, a spokesperson for the board.
END_OF_DOCUMENT_TOKEN_TO_BE_REPLACED

(CNN) - As the U.S. Senate race in Virginia heats up, a new super PAC supportive of Democrat Tim Kaine went public this week, just days after the launch of a super PAC dedicated to help Republican George Allen.

(CNN) – Presidential hopeful Rick Santorum on Thursday defended a condition he said Puerto Rico must meet to be eligible for statehood: "English needs to be the principal language."

Campaigning in the territory ahead of their Sunday primary, Santorum had on Wednesday said, "There are other states with more than one language, like Hawaii, but to be a state of the United States, English must be the principal language."
END_OF_DOCUMENT_TOKEN_TO_BE_REPLACED

"If you give any one of these guys the keys to the White House, they will bankrupt the middle class once again," Biden told autoworkers in Ohio, a key battleground state for Obama's re-election bid in November.

(CNN) – Numbers may ultimately win the Republican presidential nomination race for Mitt Romney, if he secures the most delegates, but it appears his campaign has figured talk of numbers isn't helping him get there.

The former Massachusetts governor leads the GOP delegate count after two months of voting, but is still hundreds of delegates away from the 1144 magic number needed. As the slog for delegates entered its third month in March, Romney and his surrogates have argued that victory by another candidate was mathematically improbable.
END_OF_DOCUMENT_TOKEN_TO_BE_REPLACED