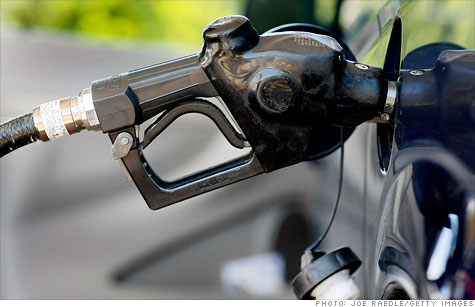 Energy dominated the addresses for the fourth straight week and split along familiar lines: President Barack Obama maintained that drilling alone is an unsustainable path, and Rep. Cory Gardner, R-Colorado, said the "Obama administration has consistently slowed or shut down domestic energy production."

Obama said there is little the White House can do to directly impact oil and gas prices, as "the price of gas depends on a lot of factors that are often beyond our control."

"It's easy to promise a quick fix when it comes to gas prices. There just isn't one," he said, before referencing the gas-price platform of GOP presidential hopeful Newt Gingrich. "Anyone who tells you otherwise - any career politician who promises some three-point plan for $2 gas - they're not looking for a solution. They're just looking for your vote."

Obama touted his efforts "to go after fraud and to prevent traders from manipulating the market," as well as fuel efficiency standards which would save consumers at the pump.
Gardner said he was encouraged by some of the president's statements, but accused Obama of not following through.

"Right now, there are at least seven bipartisan, House-passed energy bills sitting in the Democratic Senate, waiting on a vote," he said.

"No, government alone cannot work wonders, but America's entrepreneurs and job creators, given freedom and opportunity, can," he said. "It's up to us in Washington to remove costly, artificial barriers that stand in their way. The longer we let politicians like President Obama continue to block responsible American energy production, the longer our nation will continue to suffer with high gas prices and limited energy security."

Energy will remain on the agenda next week, as the president makes stops in Nevada, New Mexico, Oklahoma and Ohio to showcase his energy agenda, including a visit to a solar power facility and an oil production field. The Republican presidential hopefuls can be expected to address the topic ahead of contests in Puerto Rico, Illinois and Louisiana.