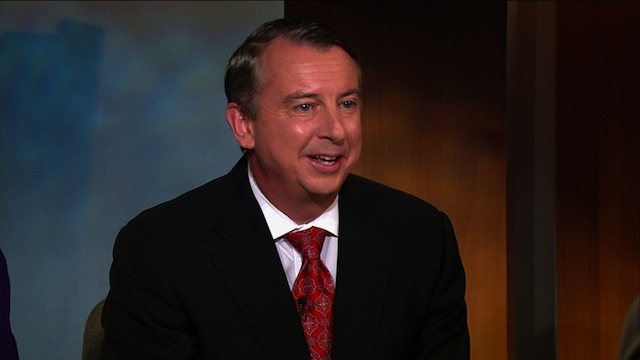 "I think the process is healthy," Gillespie said on CNN's "State of the Union." "I think a competitive primary is going to result in a nominee who is stronger at the end of the process."

Gillespie, a supporter of Mitt Romney, said he believes the extended nominating season is sharpening the former Massachusetts governor for a head-to-head contest with President Barack Obama later this year.

"I think (Romney) is the likely nominee. I think the challenge he is facing right now is making him a better candidate," Gillespie told CNN Chief Political Correspondent Candy Crowley.

Choosing a candidate soon will prevent a divisive showdown at the Republican National Convention in August, Gillespie argued.

"I don't think it would be healthy. I think it's fractious," Gillespie said of a situation in which none of the four Republican contenders secured the nomination before the convention. "I think we'd be better off to have a nominee clearly identified and making the case against President Obama for as long as we can."

On the same program, Obama's former White House communications director, Anita Dunn, said the front-running Romney has been unable so far to “close the deal” on the nomination due to an “inability to connect with voters.”

“Part of this process is really to give these people an ability to get out there and connect with voters,” Dunn said. “The difference between Romney and some of the other candidates who have had that ability is an authenticity, a willingness to stick to principles and say what he believes.”