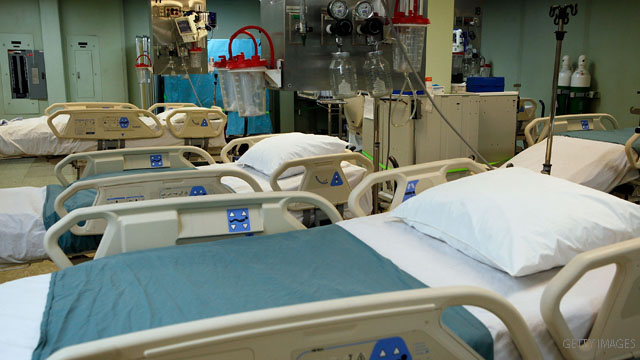 The law, which will be challenged at the U.S. Supreme Court in oral arguments later this month, was signed March 23, 2010, and the Republican National Committee said Monday they were using the occasion to aggressively "highlight the failed promise of one of the president's signature accomplishments," according to RNC spokeswoman Kirsten Kukowski.

The RNC will also hit Obama's health law in ads in the election battlegrounds Pennsylvania and Virginia, states RNC Chairman Reince Priebus will visit to hold voter and press events later in March.

Online, the RNC said they would hammer the law with Google and banner ads targeted to voters in battleground states.

The effort will highlight what the RNC says are the negative effects of Obama's health law: increased costs for families and small businesses, and loss of coverage for millions of Americans.

"Obamacare, President Obama's signature legislative accomplishment, turns 2 this month," RNC Political Director Rick Wiley wrote in a memo Sunday. "Prior to blowing out the candles on its birthday, let's think about it in terms of how it may prove to be the single biggest contributor to his defeat in November."

In his memo, Wiley spells out why Republicans are confident Americans will side with the GOP in slamming the president's health care law, citing polls showing voters mostly opposing the measure.

In a CNN/ORC poll taken November 18-20, 2011, 56% of Americans said they opposed the Affordable Care Act. Notably, however, only 37% opposed the law because they thought it went too far. Fourteen percent said the law didn't go far enough.

The CNN poll showed the expected partisan breakdown in Americans' opinion of the law, with 72% of Democrats favoring the legislation and 72% of Republicans opposing it because they thought it went too far.

In his memo, Wiley asserted the polling showed a belief that Americans don't think the law solved any health care problems.

"This law is so sickening to voters because they don't believe the law addresses the fundamental problem of healthcare's skyrocketing costs," Wiley wrote.

While Republicans are confident slamming the president's health care law will be a boon to their election prospects, Democrats have shown no signs of backing away from the measure.

Obama has made the law a big part of his campaign speech, telling a crowd in Chicago Friday the law meant "no one will go bankrupt when they get sick."

The 17-minute video produced by Obama's reelection organization also touts the law as a key achievement of his first term in office, using the president's mother's own experience dealing with inconsistent health insurance coverage to illustrate a system that needed fixing.

On Wednesday, Obama's campaign announced an effort to highlight the law's success, enlisting nurses to engage supporters on how the Affordable Care Act has positively impacted their work. Obama's team also launched a new website featuring videos from people whose say their lives were changed after the new health law.

CNN's Paul Steinhauser and Kevin Bohn contributed to this report.