(CNN) - The Republican campaign committee for the U.S. House of Representatives touted raising $12 million on Tuesday for its annual dinner, this year keynoted by South Carolina Gov. Nikki Haley.

The amount marks a $2 million boost over its dinner haul last year, according to a statement by the National Republican Congressional Committee.
END_OF_DOCUMENT_TOKEN_TO_BE_REPLACED

(CNN) - While receiving a formal certificate of Irish heritage at a St. Patrick's Day celebration on Tuesday, President Barack Obama didn't miss a beat in taking a jab at the so-called "birther" movement.

"This will have a special place of honor alongside my birth certificate," he joked, to great laughter.
END_OF_DOCUMENT_TOKEN_TO_BE_REPLACED

For the latest developments, follow the Political Ticker's live blog.

Bristol Palin to Obama: Call me

(CNN) - The daughter of former Alaska Gov. Sarah Palin made headlines this week when she called on President Barack Obama to denounce comments made by his supporter Bill Maher. CNN's Mary Snow reports. 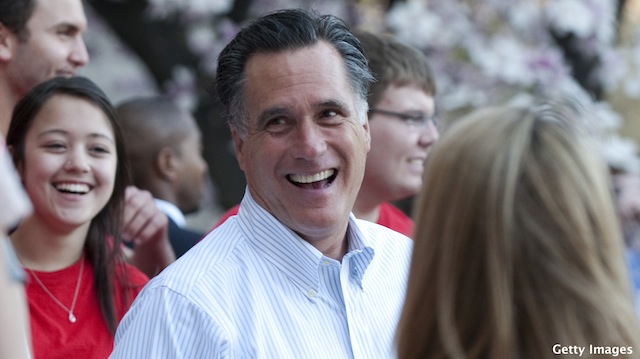 The super PAC made its first purchase in Maryland for spots beginning this week. It bought $456,862 worth of broadcast and cable time there and also purchased $47,395 of additional time in Wisconsin bringing its total there to $1,319,025. Both of those states vote in two weeks on April 3rd. Romney campaigns in Maryland on Wednesday.
END_OF_DOCUMENT_TOKEN_TO_BE_REPLACED

(CNN) - Former Republican presidential candidate Michele Bachmann on Tuesday said it's time for the party to rally behind one presidential nominee.

"At this point, we would be better off if we could unify around a candidate, whoever that candidate may be," Bachmann said on CNN's "The Situation Room with Wolf Blitzer." "I will back whoever the people choose. But I think it's important for us to unify and unify quickly."
END_OF_DOCUMENT_TOKEN_TO_BE_REPLACED

Obama to fast track southern half of Keystone XL Pipeline

(CNN) - President Barack Obama plans to announce in Cushing, Oklahoma Thursday that his administration will expedite the permit for the southern half of the Keystone XL pipeline, a source familiar with the president's announcement tells CNN.

In January, the Obama administration denied a permit for the 1,700 mile long Keystone XL oil pipeline, which would stretch from Canada's tar sands development to the U.S. Gulf Coast. That decision was met by persistent Republican criticism that the president has not been doing everything possible to create jobs and combat high gas prices.

JUST IN: REP. PAUL RYAN (R-Wisc.), in an interview to air on Erin Burnett’s OutFront tonight at 7:10 p.m ET, urges a 2012 focus on the debt: “We need to be honest with people about that and show them how we’d fix this problem.”
SNEAK PEAK: Have any of the GOP candidates approached him about being VP?
RYAN: “No, they’ve got to win these primaries before they can think about this stuff.”
BURNETT: “Oh no they don’t”

END_OF_DOCUMENT_TOKEN_TO_BE_REPLACED 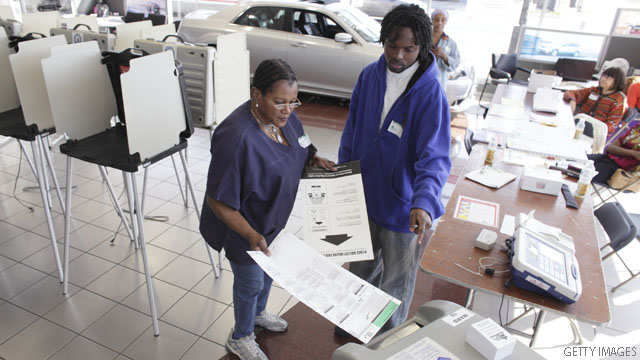 "There is no deus ex machina that is going to change the math of the race," Romney adviser Eric Fehrnstrom told @piersmorgan, before adding Romney is ahead in the delegate count because he is ahead in the popular vote.
END_OF_DOCUMENT_TOKEN_TO_BE_REPLACED 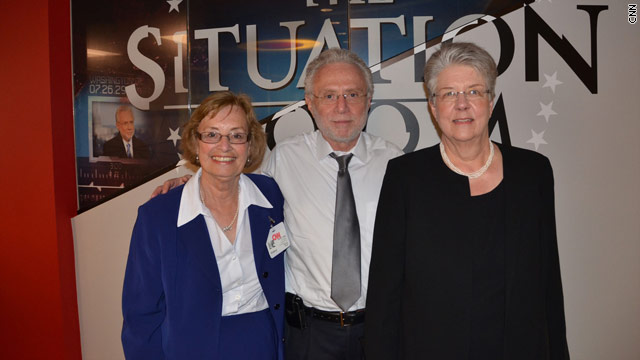 (CNN) – We had a nice surprise in The Situation Room today when two special guests dropped by.