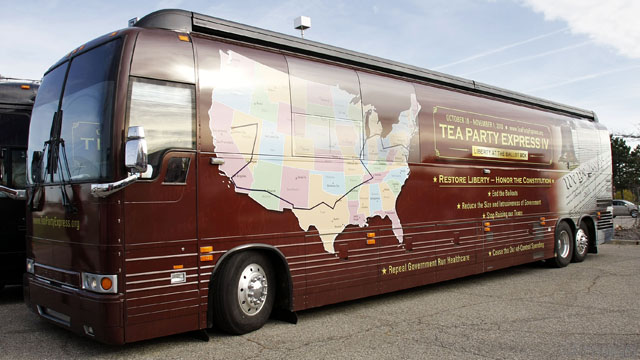 The Tea Party Express, in an email release Thursday morning, announced they will endorse former Missouri State Treasurer Sarah Steelman, kicking off a two-day roll out in St. Louis, Springfield and Kansas City.

"One of Tea Party Express' top priorities in 2012 is to elect a conservative majority to the U.S. Senate, and we are confident that Sarah Steelman is the candidate in Missouri best suited for the job," Tea Party Express chair Amy Kremer said in a statement.

Following the Tea Party Express announcement, 17 Missouri-based tea party groups put out a statement saying the California-based group does not speak for them and they are not backing Steelman.

Steelman's main competitors for the GOP nomination are Rep. Todd Akin and former Germ-X chief John Brunner. The winner will face-off in November against Democratic Sen. Claire McCaskill, who is running for a second term. Two of the top non-partisan political handicappers, Charlie Cook and Stuart Rothenberg, rate the general election race a toss up.

The Tea Party Express, known nationally for its numerous cross country bus tours the past few years, has also become a player in GOP primary politics. In the 2010 midterm election cycle, the group backed conservative candidate Joe Miller in his successful GOP primary challenge to incumbent Republican Sen. Lisa Murkowski of Alaska. Murkowski ultimately defeated Miller in the general election when she ran as a write in candidate.

The group co-hosted a first ever tea party Republican presidential debate with CNN in September in Tampa, Florida.