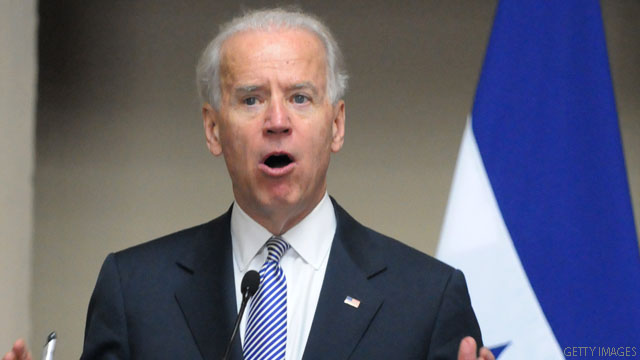 (CNN) – Vice President Joe Biden is poised to attack the Republican presidential candidates over entitlement programs through a speech in the battleground state of Florida Friday.

Biden will criticize Republican-backed measures that he says will negatively impact Social Security and Medicare, according to excerpts of the remarks.

"Make no mistake, if Republicans in Congress and their amen corner of Romney, Santorum and Gingrich get their hands on the White House, they will end Medicare as we know it," Biden will say.

Friday's speech in Coconut Creek, Florida is the second in a series of speeches the former Delaware senator is expected to make about the economy. Last week he addressed a United Auto Workers union hall in Ohio, a state likely to be competitive in 2012 election. The Obama-Biden ticket captured Florida and Ohio in the 2008 election with 50.9% and 51.2% of the vote respectively.

In Florida on Friday, the vice president will specifically target frontrunner Mitt Romney's support of the "cut, cap and balance" plan to tackle the national debt, a proposal he will say "looks and sounds innocuous."

"So let's cut through it and say it in plain English. The 'cut' is cutting Social Security. The 'cap' is putting a camp on what we ask the wealthiest Americans to pay in taxes. And the 'balance' is balancing the budget on the backs of seniors and middle class Americans," Biden is expected to say according to a release from the Barack Obama re-election campaign.

"Cut, cap and balance" is a Republican-backed proposal that passed the House of Representatives in July 2011. Those who signed the pledge vowed to oppose any debt limit increases unless they included cuts and caps on spending, as well as the passage of a Balanced Budget Amendment to the U.S. Constitution.

Romney has said he supports the pledge as a first step toward reforming government.

But Biden, who is also expected to campaign in Iowa, New Hampshire, Virginia and Pennsylvania, will say cuts to government programs will place an economic burden on the next generation.