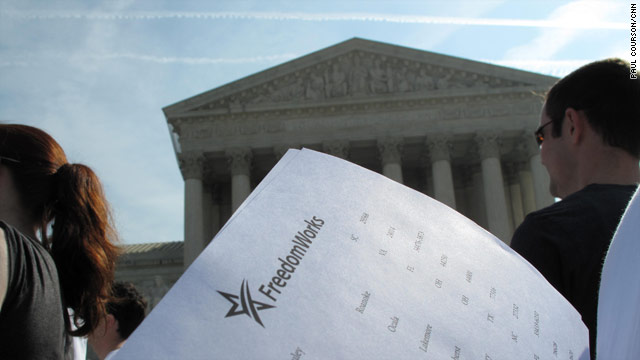 Washington (CNN) – The conservative activist group FreedomWorks delivered to ranking congressional Democrats what it said are tens of thousands of pages of a petition signed by people opposed to the Affordable Care Act.

The signature health care reform plan from the Obama administration was enacted two years ago Friday, and next week faces a challenge in the U.S. Supreme Court.
END_OF_DOCUMENT_TOKEN_TO_BE_REPLACED 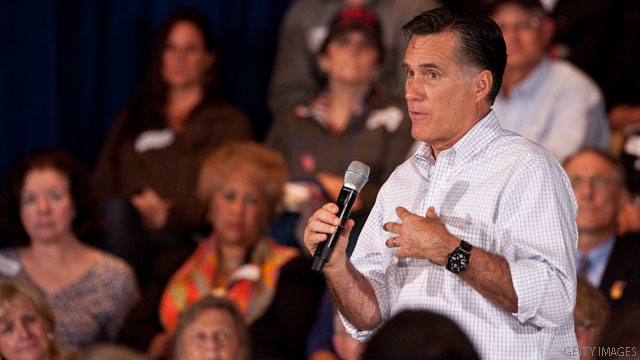 Shreveport, Louisiana (CNN) - Mitt Romney announced a new team of health care advisers on Friday in Louisiana as he ramped up his attacks on President Obama's health care reform law.

(CNN) – Presidential hopeful Rick Santorum was firing at a gun range in West Monroe, LA when an onlooker suggested he imagine the silhouette target was more literal.

Romney has the backing of 40% of registered Republicans nationwide, while Santorum comes in with 26%, according to Gallup's daily tracking poll.
END_OF_DOCUMENT_TOKEN_TO_BE_REPLACED 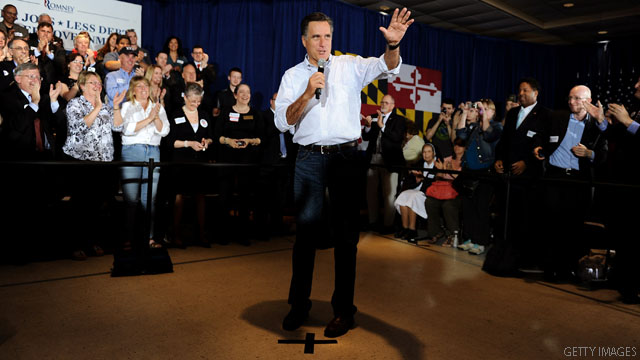 (CNN) - A poll released Friday shows Rick Santorum with a comfortable lead over front-runner Mitt Romney in Saturday's Louisiana Republican primary, but he was in a mess over remarks he made over President Obama, which his rivals seized on.

Santorum said Thursday, "we might as well stay with what we have" in the White House when comparing Romney to President Barack Obama. 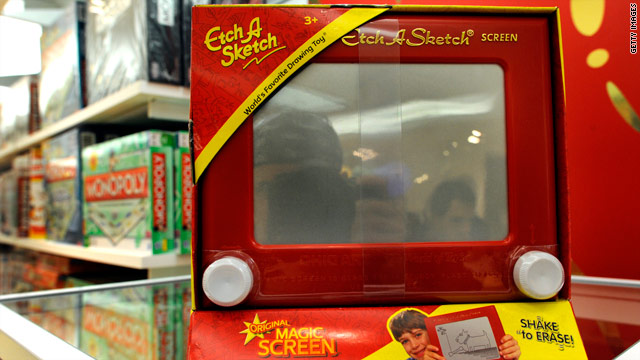 Etch A Sketch manufacturer weighs in

(CNN) – Mitt Romney may be sick of hearing about the Etch A Sketch, but the children's toy maker, Ohio Art, is enjoying the spotlight.

As Romney's competitors, Newt Gingrich and Rick Santorum, show no sign of dropping their Etch A Sketch attack on the former Massachusetts governor, the Ohio company says its stock price and sales surged on Wednesday and Thursday.
END_OF_DOCUMENT_TOKEN_TO_BE_REPLACED 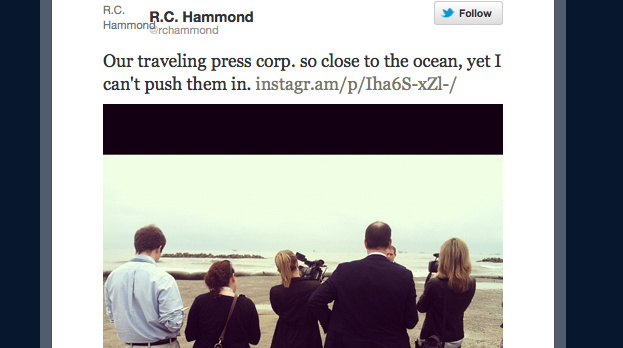 Tweet of the day: How do you really feel?

(CNN) - Newt Gingrich campaign press secretary RC Hammond joked about pushing the traveling press into the water in Louisiana through a tweet and accompanying photo on Friday. The former House speaker is in the state campaigning ahead of the primary on Saturday. 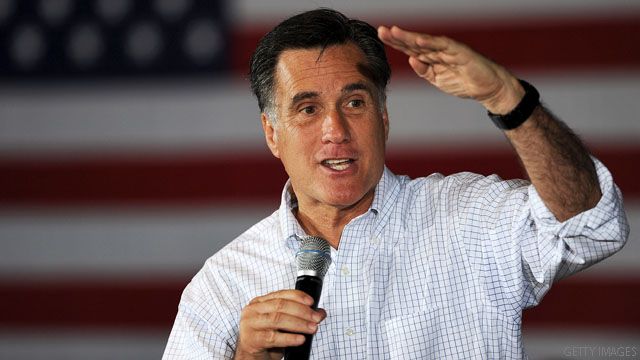 Metairie, Louisiana (CNN) - Mitt Romney used the second anniversary of the signing of President Obama's health care reform plan to forge ahead with his strategy of pointedly attacking the White House instead of his Republican rivals.

At his first of two campaign events in Louisiana before Saturday's primary here, Romney methodically picked apart "Obamacare," blaming the president for stifling economic growth with a law that he said most people want to repeal.
END_OF_DOCUMENT_TOKEN_TO_BE_REPLACED

Santorum: 'I would never vote for Barack Obama'

(CNN) - Rick Santorum on Friday said he would never vote for President Barack Obama after he made controversial remarks Thursday suggesting the president's re-election might be better than electing GOP frontrunner Mitt Romney, who he said does not represent a clear contrast.

"I would never vote for Barack Obama over any Republican and to suggest otherwise is preposterous," Santourm said in a statement. "I was simply making the point that there is a huge enthusiasm gap around Mitt Romney and it's easy to see why – Romney has sided with Obama on healthcare mandates, cap-and-trade, and the Wall Street bailouts."
END_OF_DOCUMENT_TOKEN_TO_BE_REPLACED