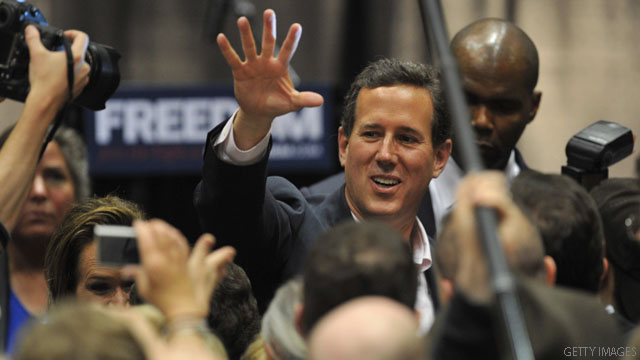 Poll: Santorum well ahead in Louisiana

(CNN) – Rick Santorum holds a substantial lead over the other Republican presidential candidates in Louisiana ahead of the state's Saturday primary, according to a new survey.

Santorum led among self identified supporters of the tea party and those who do not back the grassroots movement. He also received the top spot among men with 42% to Romney's 24%, Gingrich's 21% and Paul's 9%. Among women he received 44% support, followed by Romney's 30%, Gingrich's 19% and Paul's 3%.

Friday's results mirror other polling taken in the Pelican State that shows Santorum's message resonating in the state, in which 20 delegates are at stake.

ARG surveyed 600 likely Republican primary voters between March 20 and March 22 with a sampling error of plus or minus four percentage points.