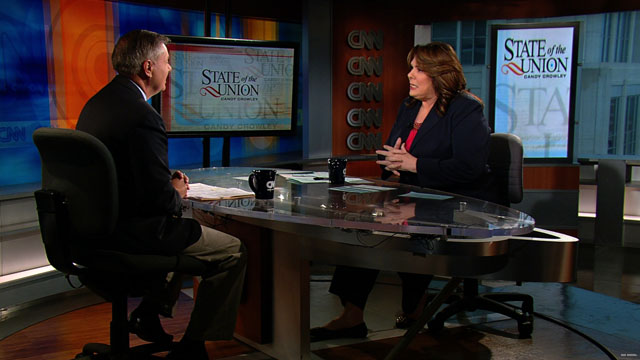 Washington (CNN) – Although he has yet to endorse a candidate in the 2012 Republican presidential race, Republican Sen. Lindsey Graham said Sunday he thinks Mitt Romney will end up facing President Barack Obama in November.

"I think the primary's over. Romney will be the nominee," Graham said on CNN's "State of the Union."

"I'm very comfortable with him … he'll get to 1,144," he added, referencing the delegate total necessary to capture the nomination.

The South Carolina senator said Rick Santorum and Newt Gingrich have run "phenomenal races," but Republicans of all stripes now need to work together.

"The last thing I want is a brokered convention," Graham told CNN Chief Political Correspondent Candy Crowley, referring to a scenario in which none of the candidates have enough delegates to secure the nomination. "I want us to come out of Tampa united behind Romney. Conservatives socially and fiscally working with libertarians and independents to take back the White House before it's too late."

Ahead of this week's Supreme Court hearings on the national health care reform law opposed by Republicans, Graham predicted the legislation and the role of government will be the central issue of the general election.

"The vice president whispered to the president when they signed the bill two years ago, 'this is a big f-ing deal,'" Graham said. "Well now it's become a big f-ing mess for the Democratic Party and the country as a whole."