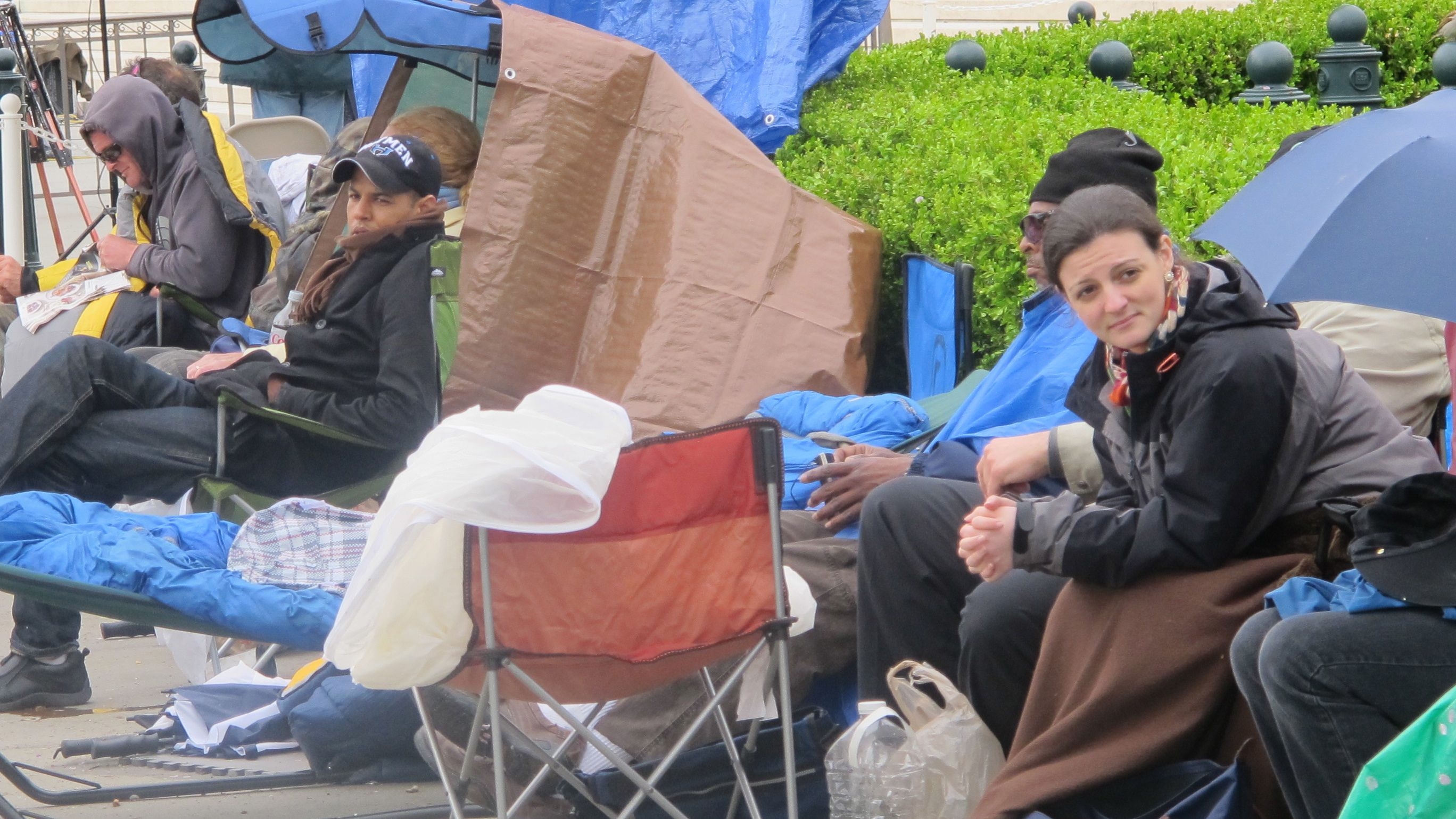 Washington (CNN) - About a dozen people lined the sidewalk in front of the Supreme Court Sunday, along with their lounge chairs, blankets and umbrellas, hoping to obtain tickets to watch the justices hear arguments Monday on the constitutionality of the health care reform law backed by the Obama administration.

For some ticket hopefuls, like consultant Jill Andres, witnessing a Supreme Court hearing firsthand is not a first time occurrence. Andres attended hearings for the Wal-Mart discrimination case last year, and that experience has her excited to see history a second time around.

Andres said she is hoping to see the “insight into the nuances of the law that are interesting.”

“I’m here for myself and my family,” said attorney Kathie McClure, who traveled from Atlanta and has been camping out since Friday to secure a seat in the courtroom.

“I’m interested in this issue because my kids are chronically ill. I have a son who has type 1 diabetes and a daughter who has epilepsy,” McClure said.

She went on to say she is concerned both her kids are currently uninsurable in the private insurance market.

Tragedy was a factor in prompting government legal assistant Monica Haymond to wait in line. She said she lost her father to cancer a year and a half ago.

“One of the reasons why it turned fatal for him when he was only 60 years old was because for a long time, he didn’t have health insurance,” said Haymond.

She explained that her father ran his own company and also worked for companies that did not offer health insurance.

While Haymond’s job provides her with health insurance, she said her two sisters do not have coverage.

On Friday, several people who were waiting in line said they were not there to see the arguments themselves but were being paid by a company to hold spots in line for others.

Tickets inside the court are not available until Monday and even those will provide viewers only a few minutes inside during the arguments. The number of tickets available to the public varies from case to case but is typically around 50.