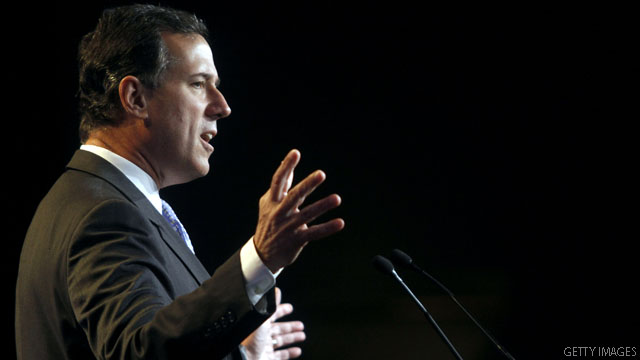 Washington (CNN) - Fresh off a big win in Louisiana, Rick Santorum insisted Sunday that Republicans are rejecting the premise that rival Mitt Romney has virtually locked up the GOP presidential nomination.

"Even though a lot of folks are saying this race is over, people in Louisiana said, 'No, it's not,' " Santorum said on the CBS program "Face the Nation" about victory in Saturday's Bayou State primary.