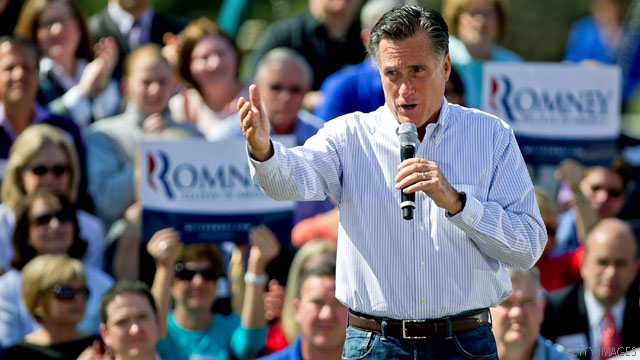 The figures were provided by a Republican ad buyer who is unaffiliated with a campaign or super PAC.

The move by the PAC demonstrates its financial advantage compared to those backing the other candidates, as well as showing how Romney and his allies will need to fight for delegates in future contests despite the large lead he currently holds over his competitors.

Restore Our Future and Romney's campaign are hoping their combined spending in the next battleground, Wisconsin, will pay off and wound Rick Santorum's efforts. The PAC is buying $3,0280,000 worth of ads in the Badger State.

Santorum's campaign recently purchased $143,123 worth of broadcast and cable time for spots to start later this week in Wisconsin as it tries to remain competitive ad-wise. The super PAC backing him, the Red, White and Blue Fund, has purchased $500,000 for ads in the state that started airing Tuesday.

Santorum and his backers have now narrowed the spending disadvantage they are facing in the state compared to Romney and his allies to just over 4 to 1.

For the first time in several weeks the super PAC supporting Newt Gingrich will also be on television with ads. It purchased $129,393 for cable commercials in Wisconsin.