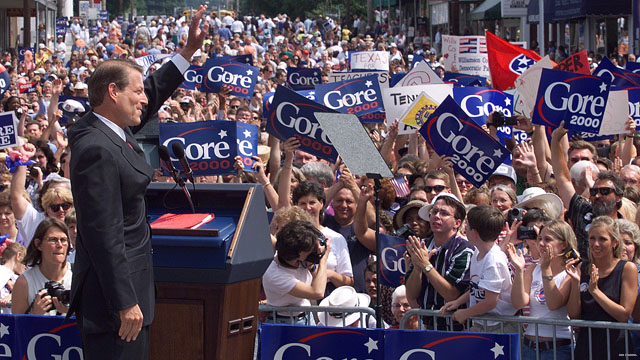 BLITZER'S BLOG: Just a few words can have an enormous impact

(CNN) – It's amazed me over the years how a few words spoken by a presidential candidate potentially can have an enormous impact. I've been thinking a lot about that while covering the Republican race for the White House in recent months. The candidates are under enormous scrutiny – as they should be. They understandably have to be very precise.

I've been especially sensitive to the words uttered by candidates since my interview with then-Vice President Al Gore in March 1999. He was already running for the Democratic presidential nomination. Here's the exchange that caused an uproar and certainly had an impact on his eventual general election race against then-Texas Governor George W. Bush.