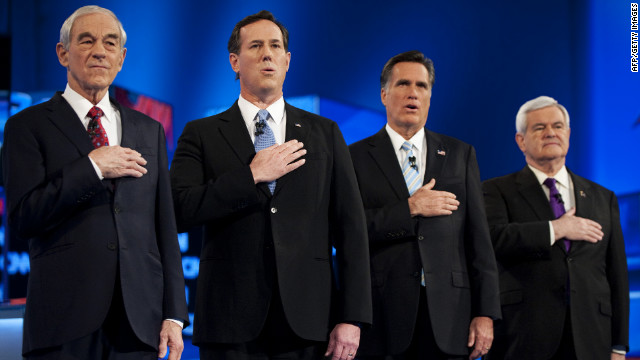 Poll: Gingrich and Paul – It's time to go

Washington (CNN) - While none of the Republican candidates have heeded the increasing calls for them to drop out and cede the race to front-runner Mitt Romney, news broke late Tuesday that Newt Gingrich has replaced his campaign manager and is laying off one-third of his staff.

Even with the reorganization, the former speaker of the House has vowed to continue his bid for the presidential nomination.