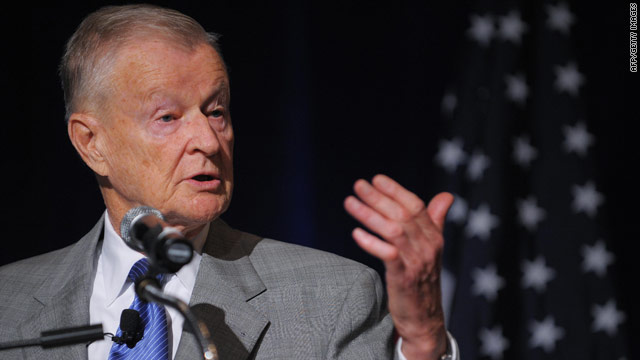 "These candidates are either locking themselves into extremist positions because they actually believe them, which means they are stupid," Zbigniew Brzezinski said at a Council on Foreign Relations event moderated by CNN Washington Bureau Chief Sam Feist.

"Or they do so because they think that people believe that, in which case then they'd be liars, but in the meantime they're making themselves prisoners of these points of views, and that's very dangerous if any one of them should win," he said.

Brzezinski was asked to respond to comments by Mitt Romney that Russia is the United States' "number one geopolitical foe." Romney made the comments on CNN's "The Situation Room with Wolf Blitzer" after President Barack Obama was heard on an open microphone telling the Russian president he needed "space" on missile defense, a contentious issue between the two world powers.