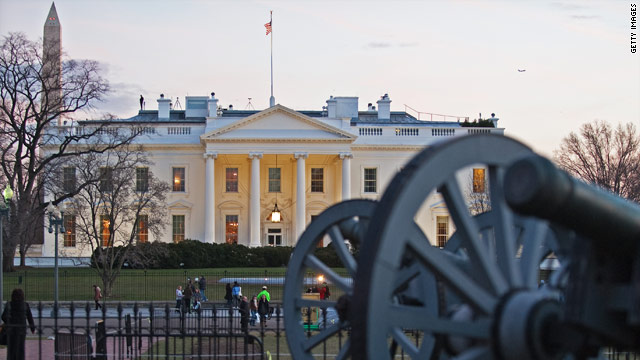 Ahead of March deadline, last minute dash for cash

It’s a personalized e-mail from President Barack Obama, with the subject line, "hey."

It is real, and a fundraising pitch from the Obama reelection effort, one of many campaign emails landing in inboxes days and hours ahead of a Federal Election Commission cutoff.

Sure, donors can send in checks on Sunday and beyond, but those donations won't be reported with numbers from March, a month that saw both Republicans and Democrats increasingly looking towards the November general election.

"I need you with me on this one," the president e-mailed, though presumably not from his infamous ultra-secure Blackberry. "Tonight's deadline is our biggest yet, and I need everyone pitching in."

He was asking for at least $3, as was his wife, who sent some supporters two messages on Friday.

"Let's finish the opening chapter of 2012 strong," Michele Obama wrote on her husband's behalf. A few hours later, she was back with a follow-up.

"There's one thing I forgot to mention," she said, adding that donors would be entered to win a dinner with the president.

And she wasn't the only candidate's spouse who offered an outing with the candidate to those who donate.

Mitt Romney's wife Ann e-mailed his supporters, offering to enter donors into a drawing to join her husband and one of their sons at a baseball game.

"If you win, I'd love to meet you before you head to the baseball game with Mitt and Tagg," she wrote in the Friday appeal.

Romney was also asking for $3, and an e-mail from the campaign's national finance director, Mason Fink, suggested $10.

"We'll soon be facing the Obama billion-dollar juggernaut," he wrote Saturday morning. "What we raise in the next 12 hours will determine how ready we are to fight back."

A Saturday midday pitch from Rick Santorum's presidential campaign sought to raise $47,000 in the last 12 hours before Saturday at midnight.

Newt Gingrich's new campaign manager e-mailed supporters, asking them to back Gingrich financially because "no candidate is even halfway towards securing the 1,144 delegates necessary to win the nomination."

The RNC, DNC, and Capitol Hill campaign committees were pushing "send" in force, too, as were congressmen and senators, seeking to project strength in their own races. One, an Arizona congressional candidate, reminded voters his ask-for-cash wasn't like those e-mails that land in junk or spam folders.

"I did not lose my passport in some foreign country. I am not a Nigerian finance minister. But I do need your help," wrote Andrei Cherny.

Extra-attentive e-mailers might have noticed a threat connecting two recent Obama campaign pitches, one from a senior campaign adviser, David Axelrod, and the second from Sen. John Kerry: Each used the word "hell," a word not commonly found in fundraising pitches.

"I wish like hell that the term was retired from the American political lexicon, and returned to its real meaning," Kerry wrote of the phrase "swift boat," which came to be the popular term for attacks he faced in his 2004 race. Axelrod asked supporters to "stand with me in saying, 'Hell yeah, I'm for Obamacare.' "

And while Obama's e-mail may not have come from his mobile device, Michele Bachmann signed a "Dear Fellow Conservative" e-mail sent to supporters on Friday with her initials, "MB," and "Sent from my iPhone."

– CNN's Kevin Bohn and Michelle Jaconi contributed to this report.