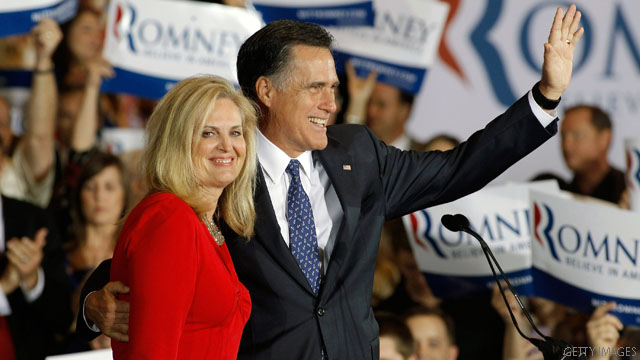 Ann Romney goes for the zipper

Ann Romney has a suggestion: "I guess we better unzip him and let the real Mitt Romney out," she told WBAL radio on Monday.

In fact, she laughed through her answer to the question from radio host Clarence Mitchell IV, who asked if she felt the urge to fight criticism that her husband of 42 years "appears stiff."

"When I met him when I was a teenager he was the life of the party," Ann said of the Republican presidential frontrunner.

She said part of her role in the campaign is to show voters the "other side of Mitt," the characteristics that might not be evident on a debate stage or in a more formal setting.

"It's being able to let people see the other side of Mitt and know us in a different reflection when you see the family and with how funny he is with the boys and with the grandkids and just what a super guy he is," she said.