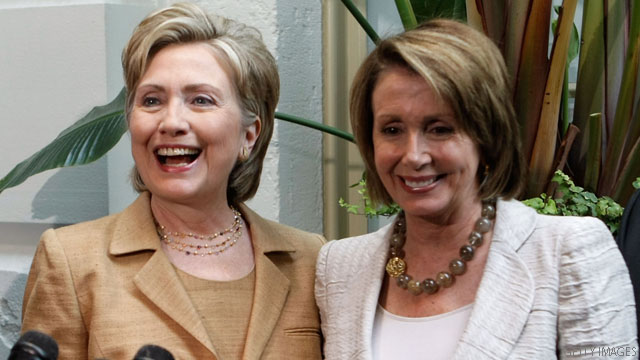 (CNN) – Nancy Pelosi would like Hillary Clinton to run for president in 2016, the Democratic leader said in an interview that aired Monday.

"That would be so exciting. And isn't she a magnificent secretary of state?" Pelosi said on Charlie Rose's PBS show.

However, the Democratic representative said she has "no knowledge" Clinton plans to launch a second bid for the White House.

The former first lady and senator from New York has said her current post will be her last in public office, but her husband left the door open to a possible run in the future over the weekend.

"I believe she's being absolutely honest with you when she says she doesn't think she'll go back into politics," Clinton said in an interview that aired Monday on ABC's "Good Morning America." "But if she comes home and we do this foundation stuff for the rest of our lives I'll be happy. If she changes her mind and decides to run I'll be happy."

Although Pelosi expressed similar sentiments, she was not ready to predict Clinton would be the presumptive frontrunner in 2016.

"You know what? You're talking about a hundred years from now. We can't even predict who is going to win the election," Pelosi said. "Every assumption in politics is an old, stale, and almost false one. New communication, new people coming forward and the rest."