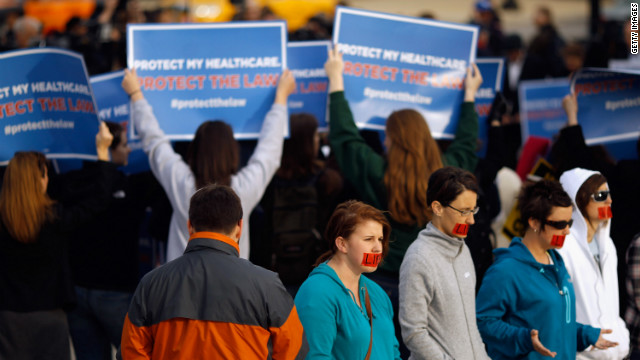 Washington (CNN) - The Justice Department is scrambling to meet a federal court's Thursday deadline to answer fundamental constitutional questions dealing with the health care law championed by President Barack Obama, an escalating political battle that has embroiled all three branches of government.

Administration officials said Wednesday they were deciding how to respond to an order from a three-judge appeals panel hearing a separate challenge to the Affordable Care Act. Department lawyers were told to explain whether federal courts could intervene and strike down congressional laws as unconstitutional. Such a power has been guaranteed since the Supreme Court's landmark 1803 ruling in Marbury v. Madison.