Speaking at a luncheon meeting in New York, Pelosi predicted the court would uphold the Affordable Care and Prevention Act's constitutionality with a 6-3 decision.
END_OF_DOCUMENT_TOKEN_TO_BE_REPLACED

(CNN) - Van Jones, author and co-founder of Rebuild the Dream, asserted Wednesday on CNN's "Starting Point with Soledad O'Brien" that the White House underestimates its opponents.

The 2008 Republican presidential nominee said Romney must now pivot to the general election and focus on restoring his image, bruised by the GOP primary fight.
END_OF_DOCUMENT_TOKEN_TO_BE_REPLACED 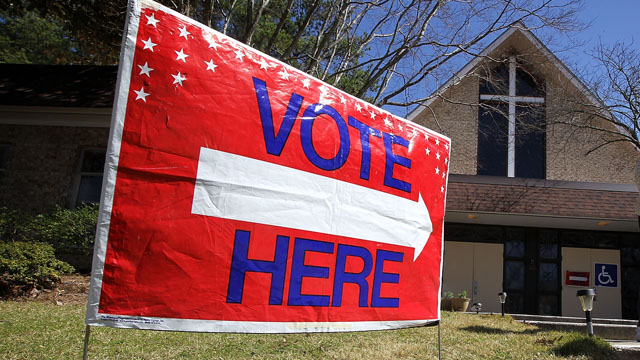 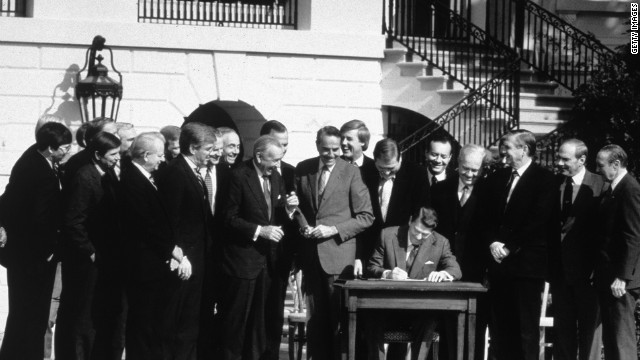 (CNN) - There are plenty of ways to game the upcoming Supreme Court decision on health care reform, and they've all been said: President Obama loses in court, he wins with his base. Or it's a severe blow, potentially fatal. Or Republicans benefit if they win, because they were "right" all along. Or the GOP loses, because it has to figure out what to offer for health care instead. 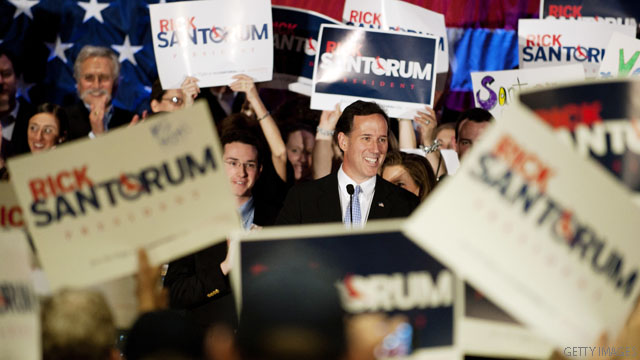 (CNN) - Despite disappointing finishes in all three of Tuesday's Republican primaries, Rick Santorum indicated no sign of letting up in his quest to win the Republican presidential nomination.

"The clock starts tonight," Santorum said to supporters in Pennsylvania. "Half the delegates in this process have been selected, and who's ready to charge out of the locker room in Pennsylvania for a strong second half?" 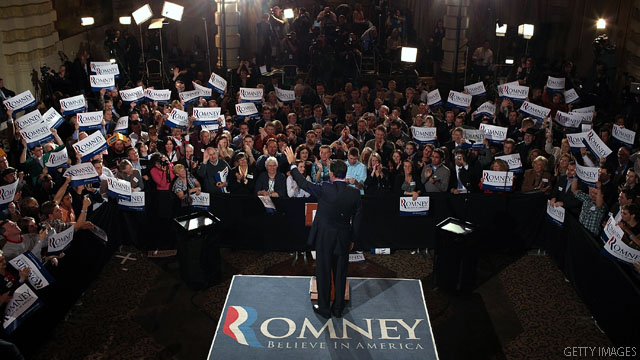 Milwaukee (CNN) - When Mitt Romney heard he had won Wisconsin's primary - capping off a trio of victories on Tuesday - he jumped up and said: "Let's go!"

Minutes later, he took the stage for a slickly produced victory party in an historic, ornate building with soaring ceilings in downtown Milwaukee.

(CNN) - Rick Santorum turns his focus to his home state of Pennsylvania on Wednesday as he faces an uphill battle to convince Republicans he can stop Mitt Romney from clinching the party nomination after his three-primary sweep.

Romney's wins in Wisconsin, Maryland and the District of Columbia put him past the halfway mark to the 1,144 delegates needed to clinch the nomination and add to a wide lead over other GOP presidential candidates, according to CNN estimates. 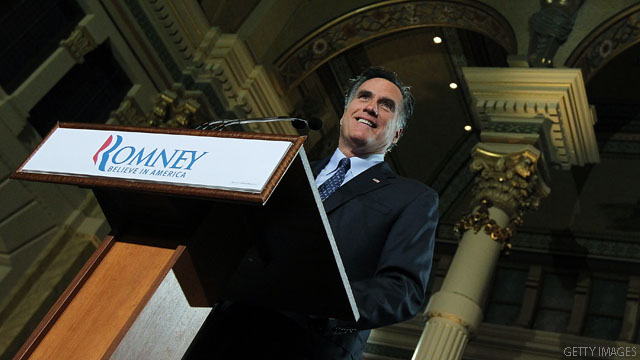 (CNN) - Republican presidential frontrunner Mitt Romney had what could be a game-changing night Tuesday, sweeping primaries in the District of Columbia, Maryland and Wisconsin and putting more distance between himself and closest pursuer Rick Santorum in the race for delegates.

Here are five things we learned from Tuesday's vote:

To see where the candidates are campaigning today, see below.
END_OF_DOCUMENT_TOKEN_TO_BE_REPLACED