(CNN) – Florida Rep. Allen West's controversial comments have once again landed him in the headlines – this time with the sort of accusation not seen in Congress since the 1950s.

At a town hall meeting with constituents in Jensen Beach, West was asked how many members of Congress are "card-carrying Marxists."
END_OF_DOCUMENT_TOKEN_TO_BE_REPLACED

Warwick, Rhode Island (CNN) – A day after Rick Santorum exited the GOP presidential race, likely nominee Mitt Romney said his former rival would make his list of vice presidential possibilities – but clarified there is not yet any list on which to be.

At a town hall in Warwick, Rhode Island, a man asked Romney if – given Santorum's Wednesday decision to suspend his campaign – Romney would "consider him as a vice presidential candidate."
END_OF_DOCUMENT_TOKEN_TO_BE_REPLACED 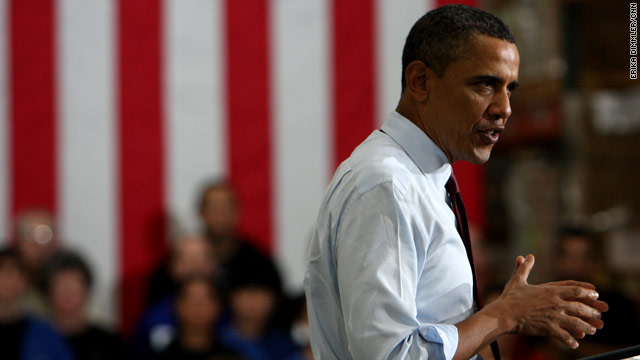 Washington (CNN) – After raising just under $2 million at three fundraisers in Florida on Tuesday, President Barack Obama was at it again with a fundraiser in Washington, D.C. on Wednesday evening.

The closed-press event was held at the W Hotel across the street from the White House. A campaign official confirmed that approximately 20 supporters attended the event, each paying $40,000 for a ticket, meaning the president raised at least $800,000.

(CNN) – Ladies have seen their share of political attention this season, and they may have men - specifically white men - to thank.

Recent polling shows President Barack Obama with a double-digit lead over Romney among women voters, an edge which some Democrats attribute to a GOP "war on women."
END_OF_DOCUMENT_TOKEN_TO_BE_REPLACED

Romney had purchased $2.2 million of time for two ads - one positive, and a second critical of Rick Santorum, who suspended his presidential bid on Tuesday.
END_OF_DOCUMENT_TOKEN_TO_BE_REPLACED

Gingrich: I won't drop out

(CNN) - Newt Gingrich stood by his claim that the GOP presidential field has now become a two-man race between him and Mitt Romney, after Rick Santorum suspended his campaign Tuesday.

"I want to do what I do best, which is talk about big solutions and big approaches," Gingrich said Wednesday on CNN's "The Situation Room with Wolf Blitzer." "I want to keep campaigning."
END_OF_DOCUMENT_TOKEN_TO_BE_REPLACED

(CNN) – The billionaire who was a major financial backer of a super PAC supporting Rick Santorum, said Wednesday he is "willing to help" the Republican party this fall, and that the GOP has to "move forward" from the bitter primary campaign.

Calling Santorum "probably one of the most popular politicians in the country," Foster Friess said in a Fox News interview that Santorum has "passed the baton, we have to carry the ball and make sure his voice gets carried along."
END_OF_DOCUMENT_TOKEN_TO_BE_REPLACED

ALL EYES ON THE SKIES… We are on stand-by for North Korea’s satellite launch, which could happen any time between 6 p.m. and 11 p.m. ET Wednesday through Monday. Here’s everything you need to know.

END_OF_DOCUMENT_TOKEN_TO_BE_REPLACED

Washington (CNN) - President Barack Obama and his certain Republican opponent in November, Mitt Romney, shifted to full general election mode Wednesday, portraying each other as threats to future American progress as their campaigns engaged in a "war over women" indicative of what to expect for the next seven months.

A day after his path to the GOP nomination cleared by chief rival Rick Santorum's withdrawal, Romney sought to reverse a gender gap problem by attacking Obama's economic policies as bad for women. 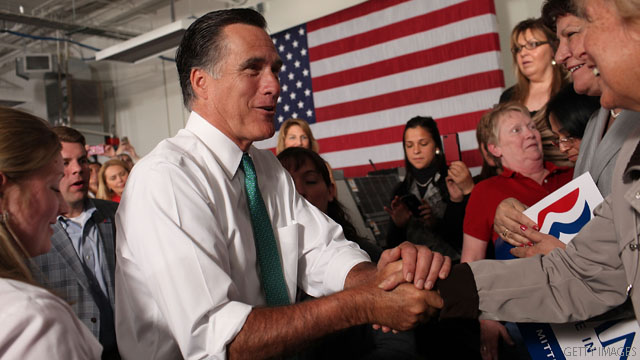 Evangelical leader: Mormonism will become a bigger issue for Romney

(CNN) – A top evangelical leader who is close to Mitt Romney's presidential campaign says the candidate's Mormon faith will be even more of an issue in the general election than it has been in the primary, predicting that the focus on Romney's faith will present a challenge to Romney.

Richard Land, the public policy chief for the Southern Baptist Convention, said Wednesday that he expects that the news media will make Mormonism more of an issue in an attempt to get independent voters to support President Barack Obama.