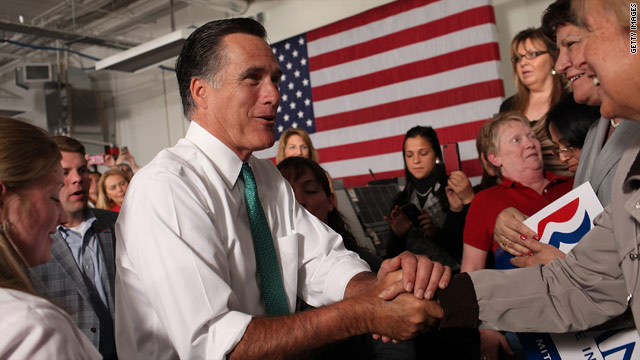 (CNN) - Six years to the day after then Massachusetts Gov. Mitt Romney signed into law his state's historic bipartisan health care bill, the anniversary over the controversial measure was overshadowed by another political controversy.

The firestorm on Thursday focused on comments made Wednesday night by Democratic strategist and CNN contributor Hilary Rosen that Romney's wife Ann "never worked a day in her life," leaving far from the political spotlight any talk over the measure derisively known as "Romneycare" by its critics.

On April 12, 2006, Romney, the Republican governor in a state dominated by Democrats, signed into law a health care plan that would insure almost every resident of Massachusetts. At the time, it was praised by supporters of health care reform as a landmark achievement for Romney. The lynchpin of the law was an insurance mandate that required the people of Massachusetts to get health insurance.

Critics of the law call it the inspiration for the national health care law, officially known as the Affordable Care Act, that was passed by a Democratic Congress and signed into law by President Barack Obama in March, 2010. That measure is despised by many Republicans, which they call "Obamacare."

Six years after the signing of the state law, Romney is now the all but certain Republican presidential nominee. He defends what he did in Massachusetts, but he vows to repeal the president's health care reform law if he's elected to the White House.

While the Romney campaign was pretty much quiet concerning the anniversary, the Obama re-election team put out a three minute video Thursday morning that featured two men who helped craft both the Massachusetts law and the federal law .

"I helped Gov. Romney develop his health care reform or Romneycare, before going down to Washington to help President Obama develop his national version of that law," said Jonathan Gruber, a MIT Health Consultant featured prominently in the video. The spot includes old footage of Romney thanking Gruber for his work on the Massachusetts health bill.

Gruber said that "the core of the Affordable Care Act or Obamacare and what we did in Massachusetts are identical."

The insurance mandate in the Massachusetts law wasn't a major liability in Romney's first presidential run in 2008 because Obama's health care law wasn't born yet.

And as late as 2009, as Washington was debating the president's health care proposal, Romney said portions of the Massachusetts law could serve as a model for the country.

"I think there are a number of features in the Massachusetts plan that could inform Washington on ways to improve health care for all Americans," Romney told CNN's Jim Acosta at the time. "The fact that we were able to get people insured without a government option is a model I think they can learn from."

Fast forward to the 2012 presidential campaign and Romney says while his law was tailor made for Massachusetts, it was not meant to serve as a national model. He frequently declares on the campaign trail that "I will repeal Obamacare, and I'll kill it dead on its first day."

On the day of the anniversary, Romney campaign press secretary Andrea Saul put out a statement that "President Obama was wrong to impose a one-size-fits-all plan for the nation on healthcare. Obamacare is bad policy and it's bad law. What is important is that states should be free to pursue their own solutions, and we look forward to celebrating the day Obamacare is overturned and that power is returned to the states."

The Obama campaign video also includes a clip from John McDonough, who's identified as another architect of both health care plans.

He questions Romney's opposition to the president's Affordable Care Act: "People have him recorded as promoting Massachusetts health reform, promoting it as a national model. And now he is saying he wants to tear down the very model he was promoting."

Romney was hammered over the Massachusetts law by some of his rivals for the GOP nomination. Late last month, before he suspended his White House bid, former Sen. Rick Santorum of Pennsylvania said that because of the law Romney signed, he would be the "worst Republican in the country to put up against Barack Obama" in the general election.

So is Santorum right? While "Romneycare" was a liability of sorts to the conservative dominated GOP primary electorate, the big question now is how it will play in the general election.

"I think what Romney did in Massachusetts won't be as big a factor during the general election as it was in the primaries. I think to the extent that health care is an issue in the general, it will be the contrast going forward, with Romney proposing to repeal the federal plan and the president saying that such a move would leave 30 million Americans without insurance and that such a move would undue the aspects of it that Americans like, such allowing kids to stay on their parents health care plans until they turn 26 and the guaranteeing of coverage regardless of preexisting conditions," says CNN Senior Political Analyst Ron Brownstein.

"I think the argument in the general election will be what it means going forward. Obama will use every opportunity he can to tie Romney to the federal health care law, but again, in the end Romney will be able to say that what ever happened before, there will be a clear difference between the two men going forward," adds Brownstein, editorial director at National Journal.