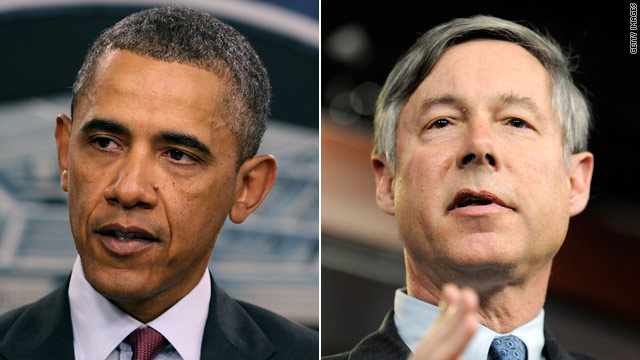 (CNN) – While the federal income tax deadline looms, President Barack Obama used his weekly address to argue for the so-called Buffett Rule, a provision that millionaires and billionaires should pay a tax rate no less than that paid by middle-income families.

"It's wrong that middle-class Americans pay a higher share of their income in taxes than some millionaires and billionaires," Obama said.

The proposal, named for billionaire Warren Buffett who has urged Congress to ask more of the wealthy, enjoys high support in polls, and the president said, "We just need some Republican politicians to get on board with where the country is."

"So we've tried this trickle-down experiment before," Obama continued, critical of the Bush-era tax cuts and previous tax policy. "It doesn't work. And middle class families have seen too much of their security erode over the past few decades for us to tell them they're going to have to do more because the wealthiest Americans are going to do less."

The president has advanced a rate of 30% for those making over $1 million. That is above the effective rate of 20.5% he paid, according to tax documents the White House released Friday, and is nearly double the 15.2% GOP presidential hopeful Mitt Romney estimated he would pay. Romney released an estimate of his 2011 income and tax liability in January, and on Friday, filed an extension request.

"In many ways this administration's policies are moving us backwards, and making gas prices even worse," he said.

He and congressional Republicans accuse Senate Democrats and President Obama of blocking progress on energy policy. Upton said his committee will consider two bills regarding energy regulation and exploration this week.

"Today we're knocking at the door of a brighter energy future; one that promises abundant, secure, and cheaper North American supplies, as long as Washington doesn't create artificial obstacles," he said. "That is what Republicans are working toward, and we invite the president to join us. If he won't lead, we will."

Obama spends the weekend in Colombia at a summit of North and South American leaders, and next week hosts the NASCAR Sprint Cup champion and BCS National Champion Alabama Crimson Tide.

Congress returns Monday from a two week recess, and in his address, Obama said the body would consider Buffett Rule legislation, though it is not expected to survive.