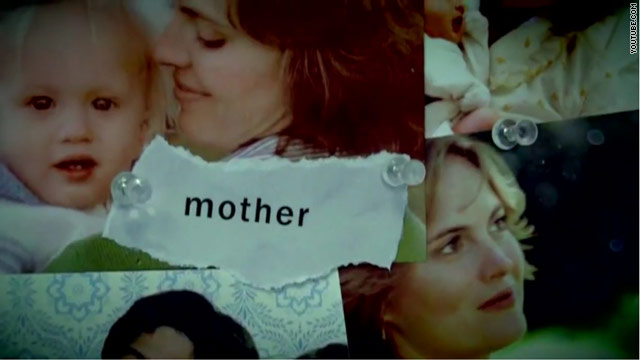 Ann Romney in spotlight on her birthday

(CNN) – Ann Romney has been no small part of her husband's presidential bid, and the campaign marked her 63rd birthday on Monday with a web video.

The three-and-a-half minute tribute is a collage of family photos combined with audio of the Romneys – Mitt and Ann, as well as several of their 5 children and a few of their 16 grandchildren.

Text on the video highlights several of her roles: a wife, a mother, a grandmother, and a survivor - of breast cancer and multiple sclerosis.

Romney describes an emotional moment, presumably when his wife learned of one of those life-changing diagnoses.

"Probably the toughest time in my life was standing there with Ann as we hugged each other and the diagnosis came," he said. "She's a remarkable woman, and she's gone through some tough times. She had diagnosis of MS. She's had breast cancer, and my feelings and passion for Ann haven't changed in the slightest over the years other than they've become stronger."

There are other sincere moments, too - "Isn't he a sweet baby," Mitt asks, and Ann responds, "Sweet baby" - and a collection of lighter highlights.

Token birthday presents aside, on the trail, Ann Romney does play a significant role.

"Ann and I get together a couple of days each week," he told supporters in a recent web chat. "She goes off in one direction, however, most of the time, I go off in a different direction, and then the boys, the five boys, they've all got jobs, so they can't take off for a month at a time working on the campaign but they give me a weekend here, a weekend there."

He also credits her with pushing him to launch this run, his second race for the presidency.

When Ann tells the story, she remembers ending the 2008 presidential campaign resolute.

"Four years ago, I knew one thing: I was never going to do this again. I was quite certain of that. Mitt laughs. He says, 'you say that after every pregnancy,' " she recounted at a rally after their win in Puerto Rico was projected.

But the policies of President Barack Obama inspired her to urge her husband to run again, she says.

"We've got to get it right, and that's why I turned to Mitt and said to him, a year ago, 'I am really sorry sweetie, but you have to do this again,' " she continued. "Having been through this I know it's difficult, and I did know that. I went in with my eyes wide open. But the other thing I've learned is not to take it personally. . . ."

She ended up in the political fray last week after Democratic strategist Hilary Rosen said Romney had "never worked a day in her life."

The comment sparked rebuke from both sides of the aisle, and later Rosen, who is also a CNN contributor, apologized for the remark.

On Monday morning, the Romney's attended a morning game of their hometown Boston Red Sox, and the candidate is to address a tea party group in Philadelphia in the evening.

To make this day on the campaign trail a little more special than the others, Romney said he gave is wife "some gifts this morning - that she picked out, which is the only way I've found to make sure the gifts don't get returned."