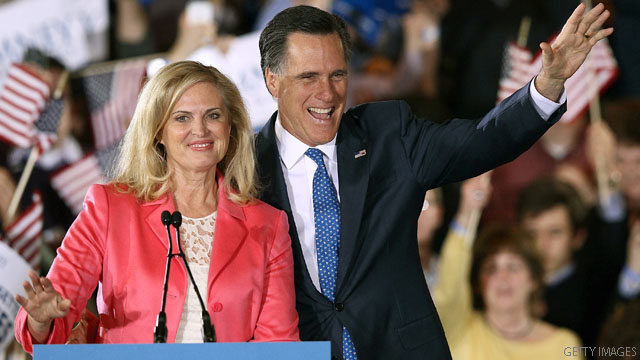 At a fundraiser in Palm Beach Florida on Sunday, Romney included the elimination of the Department of Housing and Urban Development and a restructuring of the Department of Education among his ideas aimed at reforming Washington, according to reports from NBC News and The Wall Street Journal.

"I'm going to take a lot of departments in Washington, and agencies, and combine them. Some eliminate," Romney said.

Romney suggested he might eliminate HUD, which his late father George Romney once headed, and either consolidate or reduce the size of the Education Department.

The frontrunner also detailed how he would maintain the progressive tax code while implementing his 20% across-the-board tax cut, according to NBC.

"I'm going to probably eliminate for high income people the second home mortgage deduction," Romney said, adding he would likely do away with deductions for state income and property taxes.

Romney spokeswoman Andrea Saul responded to the comments, saying her candidate is tackling bold issues while President Barack Obama is "interested only in offering excuses and blaming others for his failures."

"Governor Romney has also laid out a bold set of proposals that will grow our economy, cut spending, and get our massive debt under control," Saul said.

Ben LaBolt, press secretary for the president's re-election effort, said Romney's comments prove the candidate would "make deep cuts in programs essential to the middle class like education and housing."

The former Massachusetts governor said the remark, in which Rosen said Ann had "never worked a day in her life," allowed his campaign to show contrast with Democrats at the start of the general election with Obama.

Ann, the mother of five whose birthday is Monday, said the exchange was an early present.

"It was my early birthday present from someone to be critical of me as a mother, and that was really a defining moment, and I loved it," she said.

Ann Romney engaged Rosen, following the initial remark on CNN, in her inaugural tweet on Thursday. A media firestorm followed.