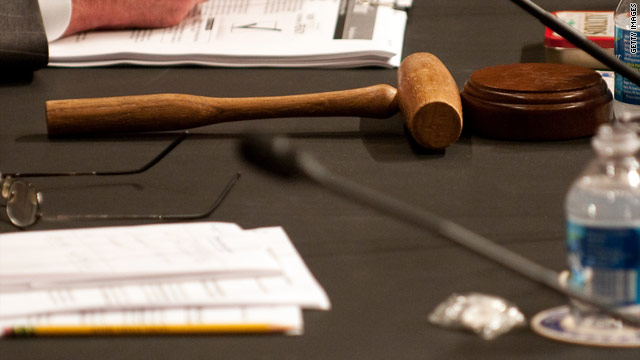 (CNN) – A progressive group is again taking on some Democratic state legislators, calling on Friday for them to drop their membership or association with the American Legislative Exchange Council.

While the organization says it is bipartisan, the Progressive Change Campaign Committee says it would be "a sham to project that it has a bipartisan nature."

On a Friday conference call with reporters and supporters, state legislators aligned with the PCCC called on their Democratic colleagues to part way with the organization, citing its involvement in legislation with which they disagreed.

Some, including New York state assemblyman Hakeem Jeffries, who called the group a "sham," were critical of ALEC's role in "stand your ground" legislation, a law brought to national prominence in the February shooting death of Florida teen Trayvon Martin.

"No Democrat should give aid and comfort to this organization by participating in it, to promote its alleged 'bipartisanship,'" Jeffries said. "It is very important that members of the Democratic Party, who traditionally have stood for enfranchising voters and have stood for promoting the rights to organize and for sensible gun laws should withdraw from an organization that that pushes an agenda that is exactly the opposite."

Others criticized the organization's role in education and voting legislation and accused it of helping corporations "boost their bottom line at the expense of the American people."

The PCCC's political activities include endorsing Democratic candidates and weighing in on legislative and policy debates.

CNN reached out to a spokeswoman for ALEC but received no response.