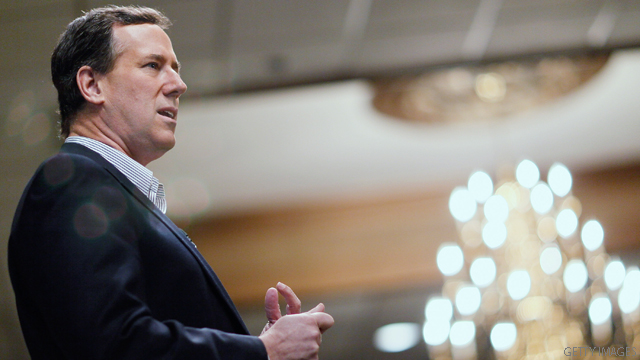 (CNN) - Rick Santorum's now-suspended campaign for the Republican presidential nomination raised just over $5 million last month, bringing to $18.6 million the campaign brought in over the first three months of the year.

A senior adviser to the former senator from Pennsylvania also tells CNN the campaign had $1.8 million cash on hand with debts and other obligations of $1.9 million as of April 1.

Before suspending his campaign on April 10, Santorum was seen as former Massachusetts Gov. Mitt Romney's main rival for the GOP nomination. While former House Speaker Newt Gingrich and Rep. Ron Paul of Texas continue their long shot bids for the White House, Romney is now seen as the presumptive Republican nominee.

The amount of cash Santorum raised in March was down from the $9 million he brought in during February, at the peak of his campaign. Santorum raised $4.5 million in January.

A Santorum campaign conference call earlier this week ended with organizers asking for donations from supporters to help pay down Santorum's campaign debt. After suspending his campaign, Santorum said a lack of finances was one of the reasons he ended his bid for the White House.