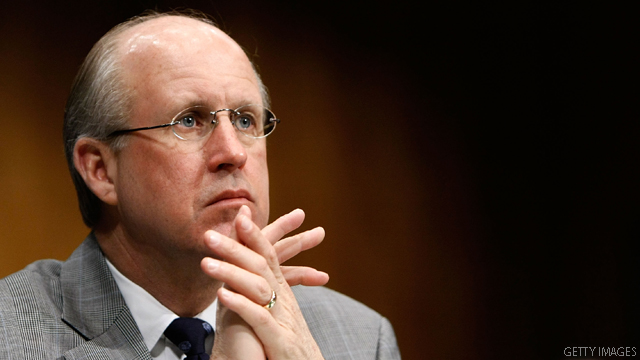 A group called “The Committee to Get Walker Running” is gunning to push supporters to the website of Americans Elect, a non-partisan group hoping to field a credible third party candidate this November.

Americans Elect has so far secured ballot access in 25 states and will nominate their candidate in what's being billed as a "secure" online convention in June.

A potential candidate can qualify for the convention if he or she earns at least 10,000 clicks of support on the Americans Elect site.

“America needs a president with no strings attached, an independent leader who speaks the truth and seeks solutions,” a web video on the new site declares. “That leader is David Walker.”

The “youth-driven” draft effort is being steered by a pair of 20-something advocates for greater fiscal restraint in Washington: Yoni Gruskin, a co-founder of Concerned Youth of America and Ryan Schoenike, a co-founder of Young Americans for Federal Debt Awareness.

Walker served as Comptroller General, the head of the Government Accountability Office, from 1998 to 2008.

Though he has long been sounding the alarm on the dangers of debt and wasteful spending, Walker lacks the political experience and name recognition of some other potential candidates who have been floated for an Americans Elect bid, people like Jon Huntsman and Ron Paul.

But unlike them, Walker actually seems eager to take up the challenge.

He recently tweeted that he would “seriously consider” an Americans Elect bid if he qualified for the ballot and was asked about his interest in a third party challenge by the Washington Post.

“My mama told me a long time ago you never say never,” the Alabama native said.