Concord, North Carolina (CNN) – Besieged by questions over his future in the presidential race, Newt Gingrich vowed to forge ahead on Tuesday night.

And yet Gingrich’s own words are sure to be interpreted, by many, as clues to what’s close at hand.
END_OF_DOCUMENT_TOKEN_TO_BE_REPLACED

In their first joint interview since the former senator from Pennsylvania suspended his candidacy, Santorum and his wife Karen declined to endorse the former Massachusetts governor, but the former candidate said that he hoped to meet with Romney "in the next week or two."
END_OF_DOCUMENT_TOKEN_TO_BE_REPLACED

Romney sweeps Tuesday primaries, declares race is on with Obama

(CNN) - Mitt Romney swept the five Republican primaries being contested Tuesday, and he turned from securing the Republican nomination and toward the general election against President Barack Obama.

The former Massachusetts governor was projected to win in Connecticut, Delaware, New York, Pennsylvania and Rhode Island while New York. 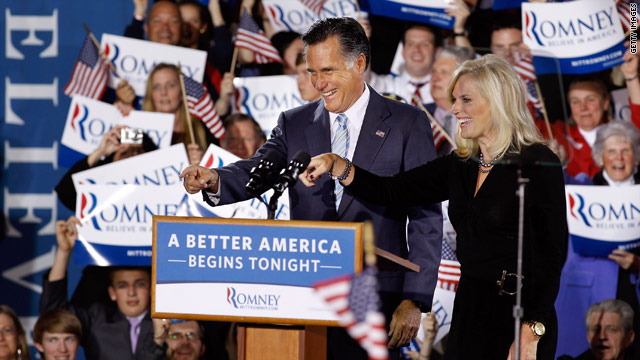 Manchester, New Hampshire (CNN) – As Mitt Romney moved to seize the mantle of presumptive Republican nominee in a New Hampshire speech Tuesday night - and won the evening's five primaries - his campaign was aggressively working behind the scenes to build up a general election operation, a campaign adviser said.

The campaign cast Romney's Manchester speech – in the state that handed him his first primary victory this cycle and where he maintains a summer home – as a pivot to the general election campaign.
END_OF_DOCUMENT_TOKEN_TO_BE_REPLACED 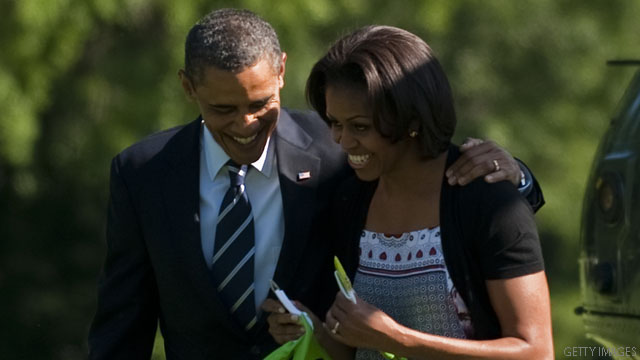 Appearing alongside Warren Buffett in Omaha, Nebraska, Michelle Obama touted the White House-backed provision named for the billionaire investor, which would place a minimum 30% tax on Americans making more than $1 million a year. The "Buffett Rule" was blocked in the Senate last week.
END_OF_DOCUMENT_TOKEN_TO_BE_REPLACED

(CNN) – It's an honor that - until now - had been reserved for NBC News anchor Brian Williams: "slow jamming" the news with Jimmy Fallon.

But the "Late Night" host was joined by a new, and temporary, partner on Tuesday.
END_OF_DOCUMENT_TOKEN_TO_BE_REPLACED