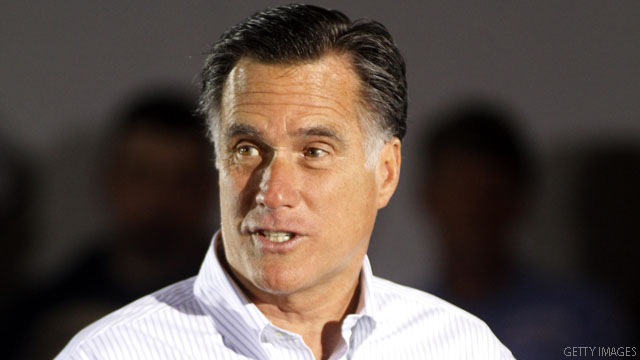 Romney camp: Why we will get the young people

(CNN) – Steps by both political parties to court younger voters on Tuesday proved it's the youth voting bloc's turn to come under the national spotlight, attention that will continue through the November general election.

President Barack Obama will spend Tuesday and Wednesday at Universities in North Carolina, Colorado and Iowa to push for an extension of a law that cuts interest rates for a student loan program for low and middle income undergraduates. Although Mitt Romney on Monday said he agrees with the proposed extension, his campaign dispatched supporters ahead of the president's travels to explain why young voters should back the presumptive Republican presidential nominee.

The group has been a reliably Democratic voting bloc and turned out in record numbers to support Obama in 2008. But Team Romney unsurprisingly predicted a shift toward their candidate given the economic climate for young people in the United States.

Rep. Aaron Schock of Illinois, who is currently the youngest member of Congress, said the president's rhetoric has not translated into a better culture for the targeted voters.

"The reality is there's not been opportunity for young people as they've graduated from college," Schock said on a conference call with reporters. "Half of the young people who graduated last year are still unemployed or underemployed. Nearly the same percent still live with their parents."

The chairman of the College Republican National Committee said his demographic has been "disproportionally hurt" by the president's administration. The current youth unemployment rate is double that for all Americans, according to the U.S. Bureau of Labor Statistics.

"Young people who are sitting here, not better off three and a half years later will see that they didn't get the hope and change they were sold in 2008," Alex Schriver said on the same call.

Voters between the ages of 18 and 29 supported then-candidate Obama over then-Republican nominee Sen. John McCain in 2008 66% to 32%, according to CNN exit polling.

But former senator and University of Colorado President Hank Brown said Romney is a "younger and more dynamic Republican candidate" than McCain.

However, Obama has maintained his lead among the group according to the latest CNN/ORC International poll, with 64% to Romney's 32% support.

The president will advocate this week on behalf of an extension to a bill that will keep student loans at 3.4% during his university swing through battleground states he captured in 2008. Without the extension, the rate would return to 6.8% when the current legislation expires on July 1.

Obama blames Republicans for serving as a roadblock to making higher education more affordable. While he has pushed to expand access to college for low- and middle-income students, members of Congress have taken steps to chip away at student aid, including cutting billions from the Pell Grant.

All signs now point to the president using his position to urge lawmakers to prevent a doubling of interest rates on federally subsidized student loans.