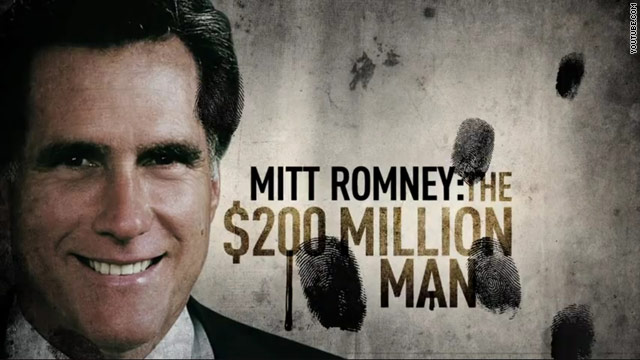 (CNN) – Mitt Romney is the "$200 million man" who is "in the tank for big oil," according to a new television advertisement being aired by committees supporting President Barack Obama's reelection.

The two groups - pro-Obama super PAC Priorities USA Action and the League of Conservation Voters Victory Fund - purchased $1 million in airtime for the ad in Colorado and Nevada, the groups announced Wednesday.

"Big oil's fingerprints are all over him," the ad says, pointing to reports that conservative groups - including Americans for Prosperity, backed by the wealthy brothers Charles and David Koch - plan to spend $200 million in support of electing Romney.

Responding to the ad, Romney spokeswoman Andrea Saul said Americans are paying "twice as much" at the pump now than before Obama took office.

“President Obama and his allies will do whatever they can to try to deflect blame and cover up for Obama’s failure to control gas prices. Blaming Mitt Romney for President Obama’s failed record on energy and the economy will do nothing to help the household budget squeeze Americans are facing," Saul said in a statement.

Priorities ended March with $5 million cash on hand, and the LCV Victory Fund with $360,000, according to April Federal Election Commission filings.

- CNN's Wolf Blitzer and John King contributed to this report