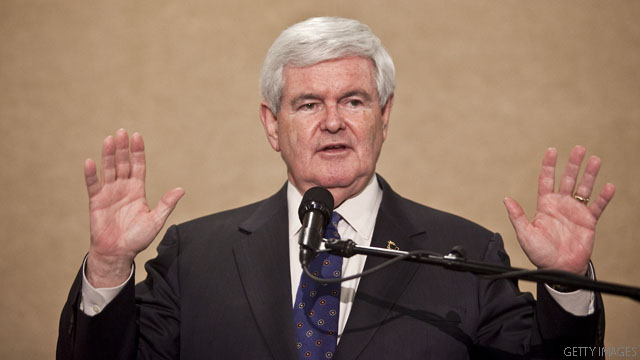 Cramerton, North Carolina (CNN) - On Wednesday, Newt Gingrich strongly hinted that he will soon drop out of the presidential race.

Repeatedly referring to himself as a "citizen" moving forward, the Republican presidential candidate told a crowd in Cramerton, North Carolina, "We're going to stay very, very active. We're working out the details of our transition."

"We'll have information for the press in the next couple of days," he added.

"I am committed to this party. I am committed to defeating Obama," Gingrich said. "We will find ways to try to be helpful. I do think it's pretty clear that Gov. Romney is ultimately going to be the nominee. And we're going to do everything we can to make sure that he is, in fact, effective. And that we as a team are effective both in winning this fall and frankly in governing."