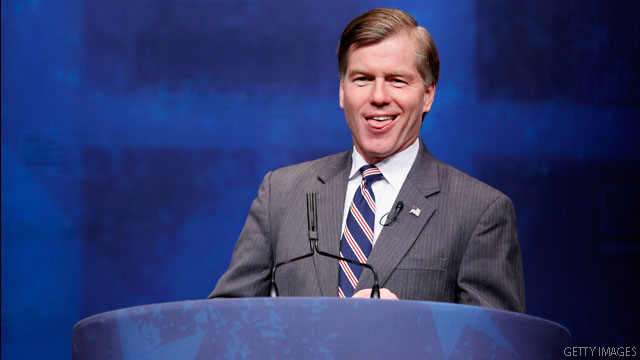 "Anybody who asks me to help the party or help the ticket in some way so we can get Mitt Romney elected, you know I'm willing to consider doing," McDonnell told an Indiana GOP Spring Dinner Tuesday night. "But there's a lot of great people in our party and there's a really deep bench and a lot of people could serve Mitt Romney well."

The former state attorney general said he is not campaigning for the position and is happy serving as governor of Virginia, but continued to leave the door open to serving as Romney's No. 2.

"That's completely a choice that Mitt Romney needs to make about what he thinks that he would like to have as a running mate, and we'll just have to stay tuned and see what he says," McDonnell said, according to CNN affiliate WISH.

McDonnell's name is continually floated as part of the VP speculation that is front and center now that Romney is the all-but-declared Republican nominee.

McDonnell hails from the important battleground of Virginia and repeatedly touts his record in the state, which has included a drop in unemployment and a budget surplus. However, he received national headlines earlier in the year when he signed into law a controversial bill requiring women to have an ultrasound before undergoing an abortion.

A super PAC supporting McDonnell released an ad this week in support of the term-limited governor, pointing to the commonwealth's economic recovery.

McDonnell endorsed Romney in January ahead of his state's primary and recently reiterated his openness to the VP spot during an appearance on CNN's "John King, USA."

"I'm chairman of the Republican Governors Association, so I want to win lots of Republican governor's races this year, but if somebody called me, I'd sure think about it," McDonnell said in February.