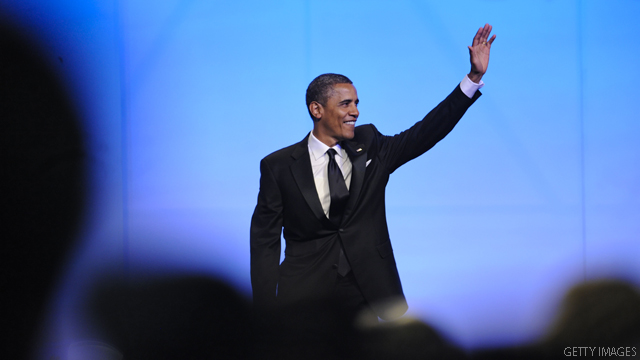 (CNN) – Seemingly continuing his attempt this week to resonate with younger voters, President Obama professed his admiration for comedian Jon Stewart and the television show Homeland in an interview with Rolling Stone magazine hitting newsstands later this week.

The interview's release comes at the end of Obama’s two day trip to three colleges, during which he pressed Congress to stem off an expected increase in student loan interest rates. The president also appeared on comedian Jimmy Fallon’s show and participated in a sketch with the popular late night talk show host. It all appears to be an effort to drum up support with younger voters, a demographic that were among the president’s most fervent supporters in 2008.