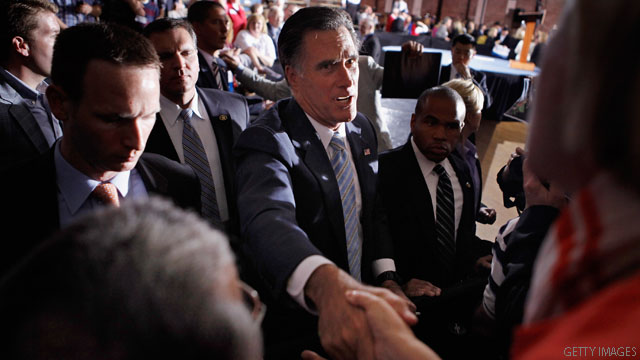 Obama is a Protestant Christian and Romney is a member of the Church of Jesus Christ of Latter-day Saints. Despite Obama's religion, Protestants supported Romney over Obama by a five-point margin. Obama received the top spot among Catholics by six percentage points and held a substantial lead among Americans with no formal religious identity.

For the ongoing poll, Gallup surveys registered Republican voters on a daily basis, and the poll drops the oldest of five days each day and adds results from the most recent day of polling.

The most recent Gallup survey included interviews of 2,157 registered voters between April 19 and April 23 with a sampling error of plus or minus three percentage points.