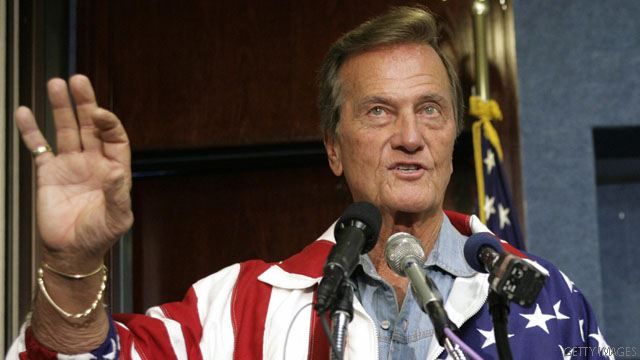 "When did words like experience, wisdom, statesman, vitality, integrity and a lifetime of service first become of less value to you?" Boone said in the commercial. "The answer is: They didn't and neither did the man they describe, Sen. Dick Lugar."

The ad will run on Christian radio with extra emphasis on Friday and Saturday to coincide with Boone-Lugar campaign events on Saturday, Team Lugar said.

Republican Gov. Mitch Daniels of Indiana also cut his second ad for the candidate that began airing throughout the state on Friday, according to the campaign, in which he says "We're lucky to have Dick Lugar and we need to keep him."

Lugar will face State Treasurer Richard Mourdock, who has received the backing of major conservative groups, in the May 8 Republican primary. Mourdock's bid marks the first serious primary challenge against Lugar since he first entered the Senate in 1976.

The Mourdock attacks have criticized Lugar's bipartisan efforts in the upper chamber of Congress and that the senior senator has not lived in the state for decades.

In February the Indiana Election Division ruled Lugar's situation was legal due to the state's election law.

Lugar's campaign has capitalized on an error in Mourdock's recent tax returns, in which he claimed thousand of dollars in extra homestead deductions.

Mourdock said he tried to fix the problem years ago, adding the paperwork was lost by the state. The Marion County Auditor's Office later took responsibility for the delay.