Obama dishes it out at annual dinner

Washington (CNN) - President Barack Obama made light of the serious - a Secret Service scandal and lavish spending at a government conference - and the inconsequential - the graying of his hair - at the annual White House Correspondents' Association Dinner on Saturday night.

And he even made time for business tycoon Donald Trump, whom Obama kidded at last year's dinner about pushing the president to release his long-form birth certificate.

Bill Clinton to appear at fund-raiser with Obama on Sunday

The fund-raiser will take place in Virginia at the home of former Democratic National Committee Chairman Terry McAuliffe.
END_OF_DOCUMENT_TOKEN_TO_BE_REPLACED

(CNN) – GOP presidential candidate Mitt Romney will return to the campaign trail on Monday after taking the weekend off, and for the second week in a row will appear alongside a potential vice presidential pick, his campaign said Saturday.

Romney will appear with U.S. Sen. Kelly Ayotte, a native of the New Hampshire who has backed him and is seen as a rising star in the Republican party, at an event in Portsmouth.
END_OF_DOCUMENT_TOKEN_TO_BE_REPLACED 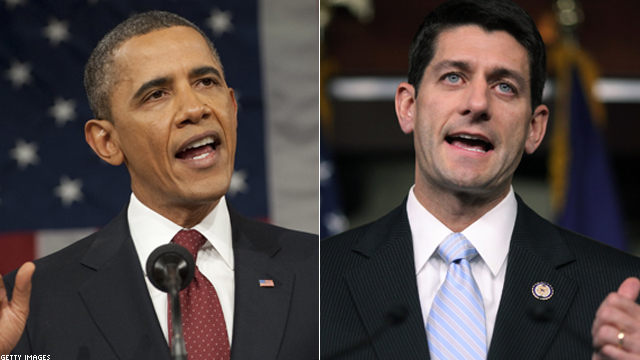 (CNN) – It's a weekend when Washington, for the most part, puts politics on the back burner in favor of laughs at the annual White House Correspondents' Association dinner.

But House Budget Committee Chairman Paul Ryan had his elbows out for President Barack Obama and the Democrat-controlled Senate, using the GOP weekly address to criticize both for inaction on a federal budget.
END_OF_DOCUMENT_TOKEN_TO_BE_REPLACED