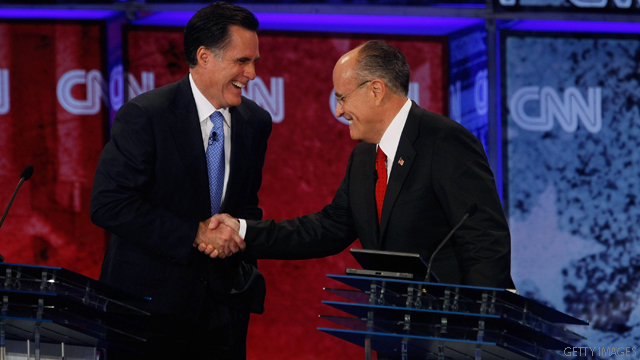 Giuliani and Romney to team up

(CNN) – Rudy Giuliani will appear at an event with Mitt Romney on Tuesday to mark the anniversary of the assault on Osama bin Laden, a campaign aide confirmed to CNN.

The death of the former al Qaeda leader is currently a political talking point between the campaigns of the former Massachusetts governor and President Barack Obama, with both sides attempting to capitalize on the one-year anniversary.

Romney and Giuliani ran against each other in the 2008 GOP primary, during which Giuliani's leadership surrounding the events of 9/11 took center stage.

Tuesday's impending event will be the first public meeting of the two Republicans.