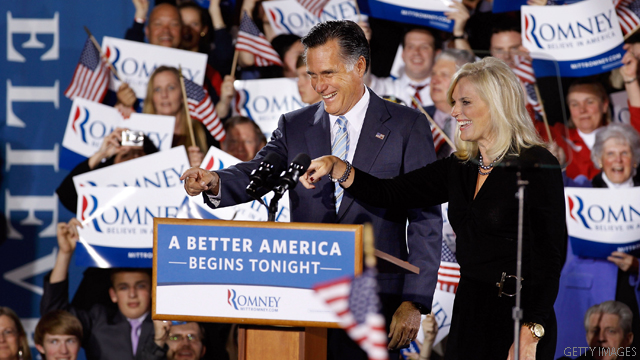 (CNN) - Ann Romney on Tuesday continued to disagree with the narrative that her husband, presumptive Republican presidential nominee Mitt Romney, is "stiff."

"I love the opportunity of letting people see a side of Mitt that often people have mischaracterized ... as stiff, he's not. He's funny," Ann Romney said on CBS "This Morning" as she leaned over and put her arms around her husband of 42 years.

Ann Romney said she still sees her partner as "the boy that I knew."

"I still look at him as the boy that I met in high school when he was playing all the jokes and really just being crazy, pretty crazy," she said. "There's a wild and crazy man inside of there."